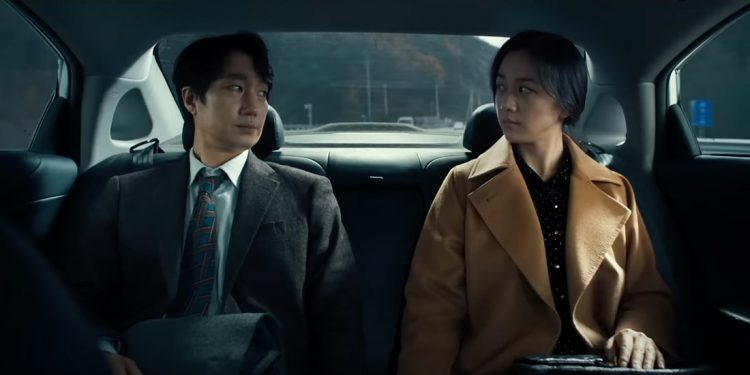 Those not used to Park Chan-wook’s work may find “Decision to Leave,” a bit too much to handle.

We’re pretty sure however, they are not going to leave the theatre unsatisfied.

The film, Chan-wook’s first since 2016’s “TheHandmaiden,” is an excellent example of the director’s mastery of his art.

No, it is not about him simply applying a variety of ideas, including, say, clever, jaw-dropping camera work, among a number of other cinematic trickeries, in an effort to add heft to a long, intricate but pointless narrative.

It is about him entertaining, wowing audiences before ultimately making clear his main point: Appearances can be deceiving.

Beyond that, “Decision to Leave” is a strange but beautifully rendered study on human frailty.

It is about our wants, needs, love, choices, redemption.

The story unfolds seemingly like a run-of the-mill police procedural with Park Hae-il’s detective Hae-joon being called on to investigate the case of a man found dead near a mountain.

As keen as he is, Hae-joon will eventually suspects the man’s wife Seo-rae (Tang Wei), as having something to do with it so, he brings her in for questioning.

What ensues is a romance unlike anything we usually see around these parts, be it on film or TV.

Hae-il and Wei have excellent chemistry and it translates well onscreen.

We found ourselves hanging on to every word, every movement, every glance, eager to see the fruition of their complicated bond.

Of course, there is still a case to solve.

Is Seo-rae actually guilty of killing her husband?

Will he succeed in cracking the case or will he be consumed by it all? “Decision to Leave” is currently showing in cinemas.