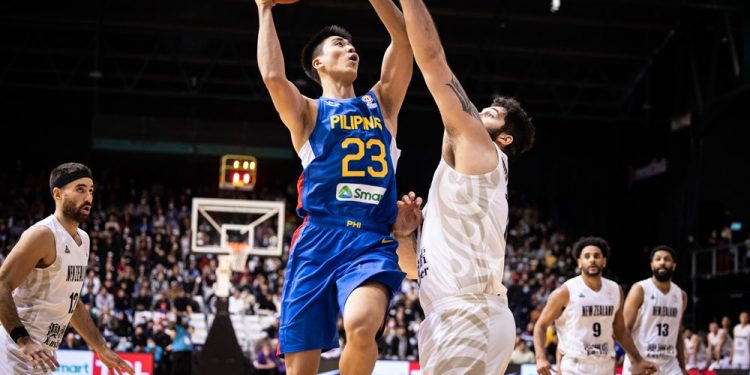 Gilas Pilipinas forward Will Navarro has apologized to the Samahang Basketbol ng Pilipinas following the issue of the federation not granting him a release after he signed with Korean Basketball League team Seoul Samsung Thunders.

The SBP was put in bad light after it stood firm with its decision not to allow Navarro to join the Thunders despite fans along with fellow Filipino imports Kai Sotto, Kiefer Ravena SJ Belangel and RJ Abarrientos all calling for the release of Navarro.

In a lengthy statement posted on his Instagram account, Navarro said he talked to head coach Chot Reyes, team manager Butch Antonio and SBP executive director Sonny Barrios to clarify and apologized about the ‘misunderstanding’.

“I now fully recognize that I have an existing contract with the SBP and I am aware of its provision re the rights of my PBA Drafting Team thru the PBA special draft, Northport Batang Pier,” he added.

Navarro though isn’t giving up just yet as he tapped professional assistance for his contracts and commitments while also seeking the understanding of the SBP, the PBA and NorthPort to grant his release

“Since the fallout of my actions, I have sought professional assistance and am now once again under the advisement of a management team that will assist me with contracts and commitments moving forward,” said Navarro.

“I seek the kind understanding and generosity of the SBP, the PBA and the Northport Batang Pier Team to give me a chance to pursue my and my family’s dreams for my basketball career. I pledge to abide by whatever decision they may arrive at regarding my case,” said Navarro.

Currently, the only full time Gilas player, Navarro assured SBP of his commitment to the national team which is in the middle of the preparations to form the best possible team for the FIBA World Cup next year.

“Further, I commit to make myself available to GILAS PILIPINAS whenever the program needs my services – this is why I wholeheartedly attended last night’s practice. Lastly, with this apology and clarification, I trust that we will all be united for the good of Gilas Pilipinas and Philippine basketball.”