It’s back to square one as Meralco, Magnolia fight back in Game 2 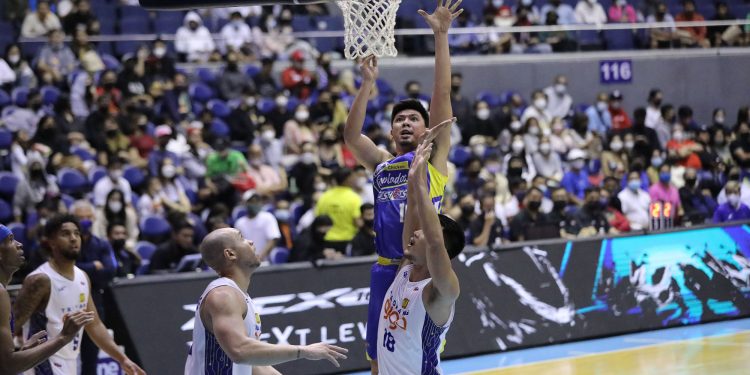 Magnolia survived a huge second-half uprising from TNT to come away with a nail-biting 92-88 win and tie their best-of-seven semifinals series in the 2022 PBA Philippine Cup on a rainy Friday at the Smart Araneta Coliseum.

The Hotshots, after struggling to complete a stop in Game 1, finally regained their defensive intensity in the first half and limited the Tropang Giga to just 29 points although they still had to weather a huge fourth-quarter storm from Mikey Williams to score the series equalizer after two matches.

Despite pinning down the high-scoring guard in the first half, Williams still found a way to get his rhythm going in the next two quarters, erupting for 25 of his 28-point total to help TNT threaten late in the game.

Mark Barroca led the way for Magnolia with 22 points including the timely baskets which kept the Hotshots afloat in the face of the huge TNT rally. Ian Sangalang chipped in 20 points and eight rebounds while Calvin Abueva added 17.

Meralco turned back San Miguel, 99-88, to give head coach Norman Black a winning return and more importantly tie their best-of-seven semifinals series in the 2022 PBA Philippine Cup on Friday, Aug. 5, at the Smart Araneta Coliseum.

The Bolts squandered a huge 17-point lead in the first half but recovered just in time in the final frame behind the big plays from Toto Jose, Aaron Black and Raymond Almazan to set the semis showdown on equal footing at 1-1.

Only up by two, 76-74, early in the fourth quarter, Jose provided a huge lift for Meralco, scoring seven of his 13 points during a 9-2 spurt which proved to be the pivotal run for the Bolts as they built an 85-76 cushion.

SMB tried to rally behind June Mar Fajardo in the waning minutes but timely hits from Black and Chris Newsome kept the Beermen at bay until the final buzzer.

Black was pleased to see his team share the ball well especially against a very talented team like San Miguel.

“(Teamwork) is something we always preach, in fact we want to get about 25 or 26 assists a game. Get everybody involved in the offense and make it a little difficult for teams to stop us if it’s a lot of guys out there scoring,” said Black who finally returned to the Bolts sideline after missing nine games when he took a leave to attend to his then-ailing mother.