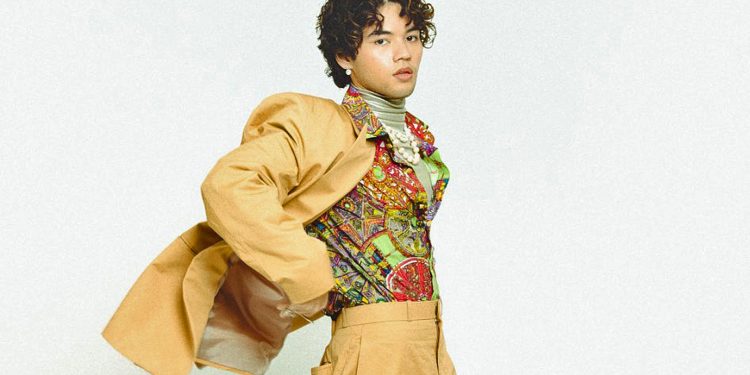 Vicor has been home to many of the country’s most iconic musical acts.

To say that it has helped shaped the sound of Original Pinoy Music for the past 50 plus years is an understatement.

That it continues to do so to this day is testament to its stature in the industry.

The 21-year-old is at the head of a new wave of young music acts that is set to define what the label is going to be about for the next few years.

No pressure for Silas, who’s as ready as he’ll ever be for his “close up,” so to speak.

The 80’s flavored pop rock track is a catchy one.

Silas wrote the song back in 2021 at the height of the pandemic.

He related, “I was stuck in quarantine and I think like most of the songs I wrote, I did this one out of frustration.”

It actually started as a forlorn number.

“I thought it was this saddest song ever,” said Silas. “But when I revisited the song, I decided to make it into this danceable tune because I wanted to spread good vibes. I didn’t want to go back to that (emotional) space and the writing was very personal so I thought of bringing the ‘happy, good vibes’ element to it.”

He’s got more under his sleeves.

“I just keep on creating. I get my inspiration from anywhere, anything, even like a wooden fan, I could create music out of just you know looking at it. It depends on my mood basically,” he shared.

He describes his music as “comforting, honest, explosive.”

“Most of it is very personal and very honest, like really honest. What I can’t say out loud, I’ll say it in a song,” he intoned.

And don’t bother categorizing his music.

As Silas explained, “I listen to a lot of music. Different types, different genres so, what comes out is like a melting pot of everything I absorbed. But if anything, I would like to classify my music under the alternative genre because you know we use the word mainly for music we can’t describe or categorize into something and I think my music is like that. You can’t box it.”

Ultimately, Silas wants his music to speak for itself.

“Here’s the thing, I know there are a lot of famous people and they are known for just being ‘known’ and I don’t really want to become that. I want my work to back me up so I want people to talk about me and go ‘I like Silas because he has this great song that I listen to a lot.’ and not because ‘He was in the tabloids a lot and you know, He’s dating everybody.’ so I guess I wanna be known for my music and the things that I’m gonna do aside from music. I’m excited to do a lot of things. I like to make myself busy.”

“Hauntingly” is now available on your favorite streaming platform.