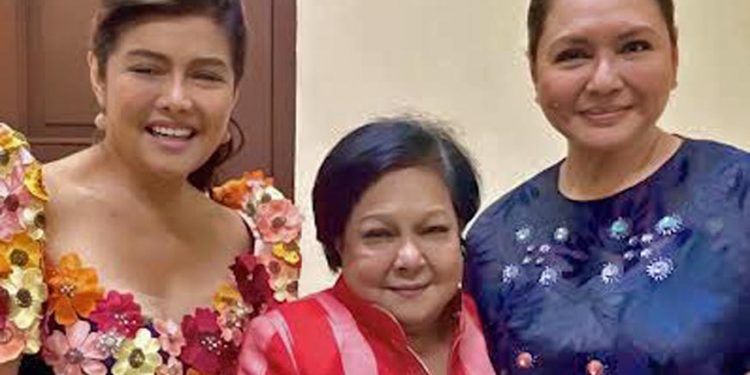 Senator Imee Marcos was among luminaries who received an award at the 70th FAMAS Awards held over the weekend at the newly restored Metropolitan Theater otherwise known as The Met.

She received the Exemplary Award In Public Service for her stellar contribution in the restoration of the iconic venue.

Did you know that Senator Marcos actually started her journey as purveyor of the arts at the Met where she starred in several stage productions in the late ’70s?

At the FAMAS, Manang Imee was reunited with Superstar Nora Aunor and Charo Santos.

The three worked together in the film classic “Himala.”

Imee produced “Himala” in 1982 through the Experimental Cinema Of The Philippines (ECP).

It is considered as the greatest Asian film of all time and is celebrating its 40th anniversary this 2022.

Don’t fret. Imee will share more about the FAMAS and “Himala” via her latest vlog.

But before that, the hardworking senator, whose Creative Industries Bill is now officially a law, will first take you to an all-access pass in the star-studded premiere night of “Maid In Malacañang” that was recently mounted in The Block, SM City
North EDSA.