by Tempo Desk
in Soccer, Sports
1 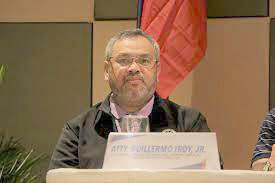 “We salute the PFF for organizing the 12th AFF Women’s Championship and for using the Rizal Memorial Stadium for this big international competition so that our local fans hungry for top quality football games can watch them there,” Iroy, a former football player during his collegiate days in Davao City, said.

“This is another feather in the cap for PFF president Mariano Araneta Jr. and general secretary Atty. Edwin Gastanes,” he said.

“Holding this tournament at the Rizal Stadium adds another chapter to the rich legacy of this fabled football venue for the world’s most popular sport,” Iroy noted.

“We like to encourage our hometown fans to continue their support by packing the venue for the rest of the matches of the Filipinas, whom we hope will be inspired to make it all the way to the finals,” he added.

Meanwhile, defending champion Vietnam shoots for its second straight win against Laos Saturday in Group B of the 12th Asean Football Federation Women’s Championship at the Binan Stadium in Laguna.