by Tempo Desk
in Golf, Sports
2 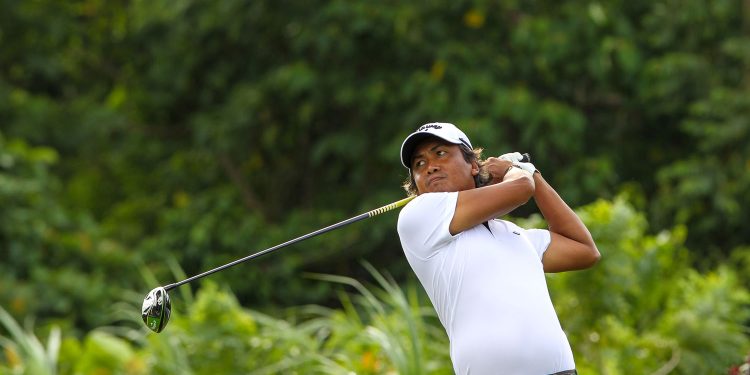 Juvic Pagunsan hopes to pick up from where he left off, toughening up the field already bolstered by the return of a former three-time Asian Tour champion in the ICTSI Eagle Ridge at Aoki Invitational, which unfolds July 5 in Gen. Trias, Cavite.

The smooth-swinging Pagunsan has made himself available for the resumption of the Philippine Golf Tour, exuding confidence following a runaway victory in a recent pro-am tournament in a rare appearance on the local turf.

But for many, the mere presence of the former Asian Tour No. 1 would be enough to instill fear into a field already bracing for a daunting challenge on the long Aoki layout, making the title chase in the P2 million championship doubly exciting.

Although two other big guns aren’t in the roster – Tabuena, playoff winner in the kickoff leg at Luisita last March, and Clyde Mondilla, runner-up in the first two events – the battle for top honors is tipped to be fierce and tight with the likes of Michael Bibat, Jay Bayron, Tony Lascuña, Reymon Jaraula and Ruperto Zaragosa all coming into the event ready and oozing with confidence.

But focus will be on the Japan Golf Tour-based Pagunsan, who marked his last appearance on the PGT in 2019 with a record four straight victories, sweeping the Bacolod, Negros Occidental, Iloilo and Riviera Classic stops in varying fashions.

He then resumed his campaign in Japan after the pandemic but where he has had not much of a success after ending a decade-long title drought in the Mizuno Open last year. He bannered the pro-am tournament at Southwoods last week where he dominated the field by 11 shots.

Still, the rest of the Eagle Ridge cast believe they have the tools to stop the talented Negrense with Jerson Balasabas, Jhonnel Ababa, Fidel Concepcion, Jun Bernis, Marvin Dumandan, Gerald Rosales, Eric Gallardo and Rufino Bayron all geared up along with seasoned campaigners Frankie Miñoza and Robert Pactolerin.