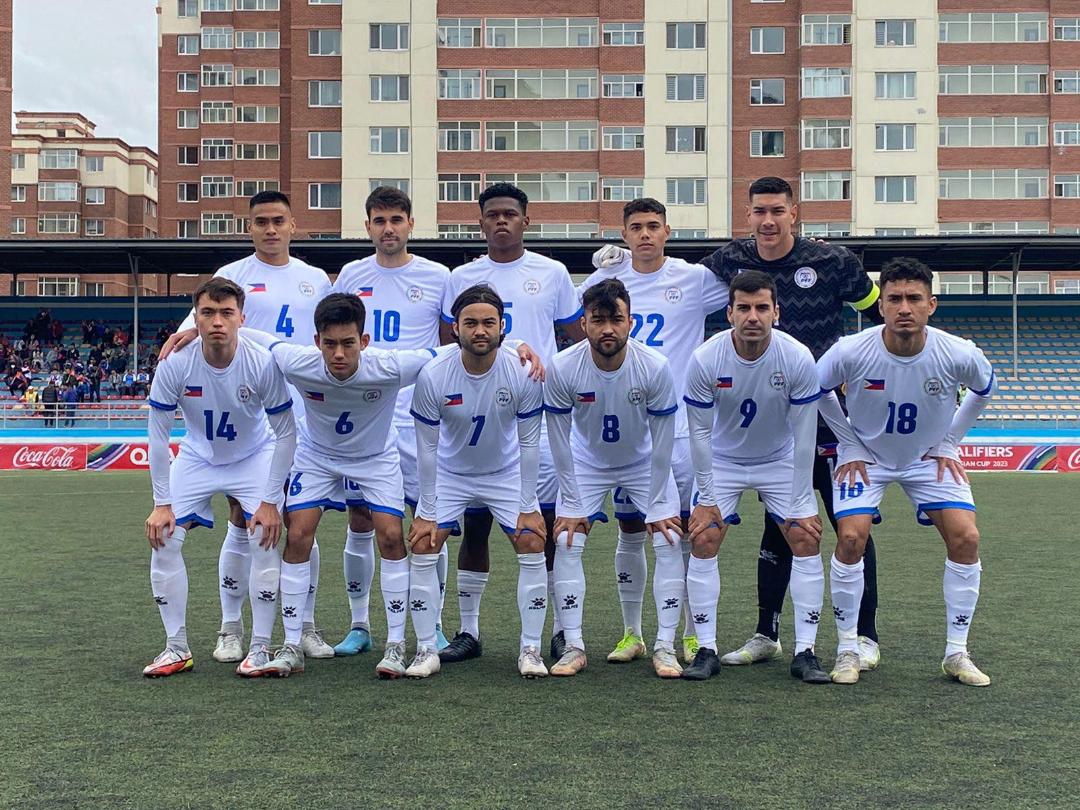 Gerrit Holtmann scored a sublime goal right before the death and the Philippine Azkals slipped past host Mongolia, 1-0, Saturday, June 11 to take a crucial win in the third round of the AFC Asian Cup Qualifiers at the MFF Football Centre in Ulaanbaatar.

With seconds remaining, Holtmann fired a low attempt from the edge of the box which Mongolian goalkeeper Munkh-Erdene Enkhtaivan, who kept the game scoreless through the match, couldn’t beat as the Azkals escaped with the full three points.

It was a heroic debut for the German Bundesliga mainstay for VfL Bochum despite arriving in the Mongolian capital a few days earlier and having been denied a first goal several times during the match.

But the late drama was something Holtmann, coach Thomas Dooley and the Azkals will take since it gave them a better chance of securing a second straight trip to the Asian Cup either as the top team of Group B or one of the five best second placers.

The Azkals will try to do it Tuesday against Palestine, slated later in the day to face Yemen.
Through two matches including a scoreless draw against Yemen last Wednesday, the Philippines has compiled four points.

The Azkals appeared to have lost their best chance at winning in the 75th when OJ Porteria won a penalty after being brought down by Bilguun Ganbold inside the box.

Patrick Reichelt was tasked to make the attempt from the spot but his weak attempt was saved by Munkh-Erdene, much to the dismay of the Azkals veteran.

Dylan de Brucyker also had an opportunity inside stoppage time but Munkh-Erdene saved the attempt using his fingertips, resulting in a corner for the Azkals.

But Munkh-Erdene’s performance went for naught after Holtmann made a left-footed strike seconds later, silencing the hometown crowd while triggering joyous scenes among the Azkals players and coaches.

Fil-Am Ardina 2 shots off leader after 67