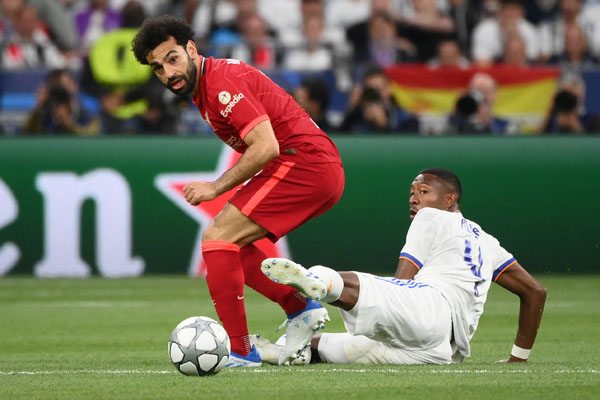 David Alaba capped off his first season with Real Madrid with another UEFA Champions League trophy after playing a key role in the Spanish club’s 1-0 win over Liverpool Saturday in Paris, France.

The Fil-Austrian was one of the defenders placed on the starting 11 by manager Carlo Ancelotti during the Champions League Final at the historic Stade de France that saw Real Madrid win a record-extending 14th title.

Alaba, who is considered as one of the toughest defenders of his time, celebrated the victory by wearing the flags of the Philippines and Nigeria on his waist. The 29-year-old was born in Austria to a Nigerian father and a Filipina mother who hails from Visayas.

It was Alaba’s third European club championship, adding to his pair of victories with German Bundesliga powerhouse Bayern Munich.

His first win came in 2013, defeating fellow German side Borussia Dortmund at Wembley Stadium in London, while the other came in 2020 at Estadio de Luz in Lisbon, Portugal after taking down Paris Saint-Germain.

Real Madrid won on the lone goal by Brazilian striker Vinicious Junior in the second half while goalkeeper Thibaut Courtois was named Man of the Match after making crucial saves, including a pair against Liverpool’s star striker Mohamed Salah.