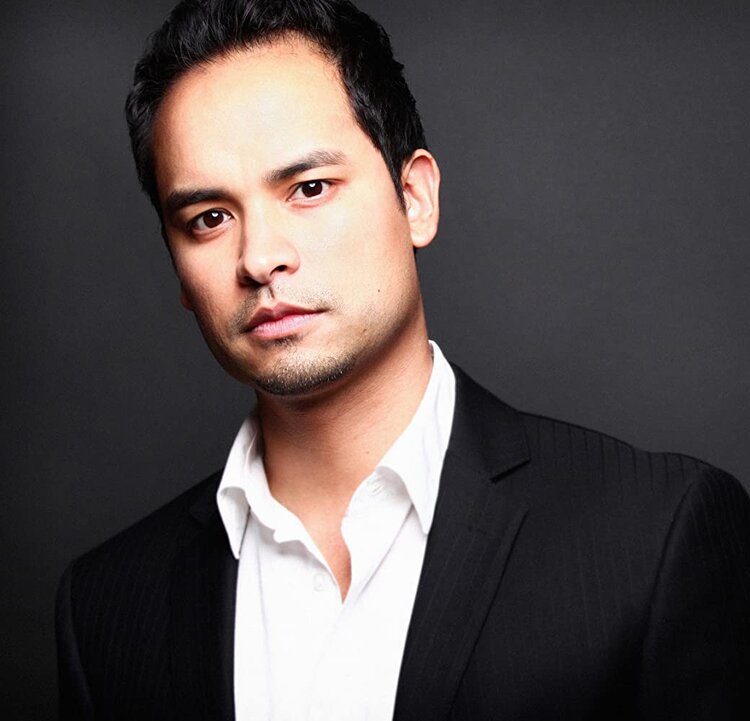 Playing the title role is Ramon de Ocampo, a long-time company member and the first Filipino to breathe life to the tragic character.

De Ocampo has done other Shakespeare role for the Glendale based troupe: Angelo/ Claudio in “Measure for Measure, Hal in “Henry IV,” Banquo in “Macbeth” and Edgar in “King Lear.”

As one of the organizations teaching artist, for 10 years, he took part in a program bringing the Bards’ works to juvenile detention center.

“They were incredibly responsive” he says. “Themes like tragic flows and revenge resonate by them.”

De Ocampo is the narrator and host of Antaeus “Zip Code Plays” now in their third season.

On the challenge of playing Hamlet: “I think anyone who’s played Hamlet realizes it’s the biggest role they’ll ever play. I’ve counted 1,500 lines. At a certain point all you can do is find a way to bring yourself to it and not look at other people’s Hamlets. I thought it’s such a big role. I better learn it first.

He added: “There has to be something that connects and resonates in a place that’s real for you. I’m moved by the drawn-out family relationships, the idealization of a father and the struggle with a mother and what happens inside that fight. There’s a big sequence with Hamlet and his mother that asks if mothers and sons can come to terms with their faults and understand each other, especially after a tragedy.”

Born in the Philippines, he is the son of former finance secretary Robert Ocampo, the current Chairman of Veterans Bank.

An accomplished Television, Film, Stage, and Voice actor, Ramón was raised just outside of Washington, DC, in Virginia.

Ramón is best known for his television work, especially for his recurring roles on “Notorious,” “Guidance,” “12 Monkeys,” “The West Wing,” “Medium,” “Killer Instinct,” “Sons of Anarchy,” and “Major Crimes.”