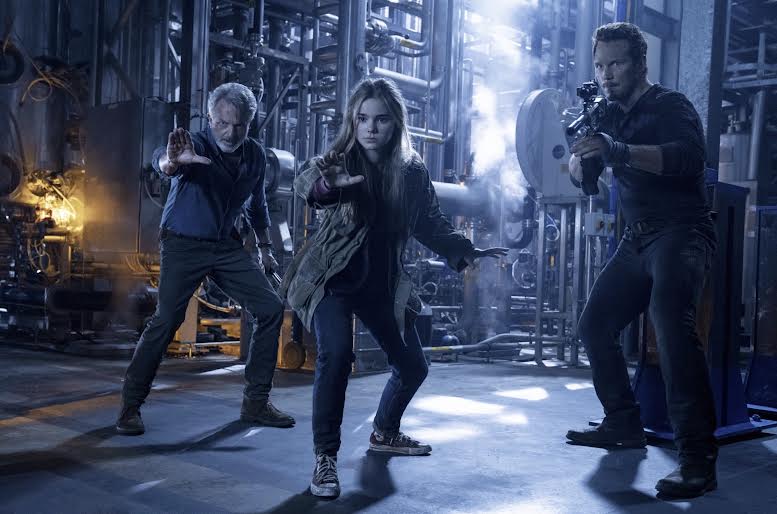 “Jurassic World Dominion” is the conclusion of that unprecedented three-decade story, and it is, by design, unlike any Jurassic film that has come before.

“There is a cataclysmic event in the middle of the trilogy that fundamentally changes everything,” director Colin Trevorrow says. “The dinosaurs are taken off the island and released out into the wider world. It was such an amazing opportunity to be able to explore the consequences of that. ‘Jurassic World Dominion’ is about the need for us to respect the power of the natural world—if we fail, we’ll go extinct just like the dinosaurs. Not only are we finishing the story begun in 2015 in ‘Jurassic World,’ but we’re finishing the story that began in 1993 with ‘Jurassic Park.’ That’s a story that takes all the characters in the saga to tell.”

For Trevorrow, these characters are central to this film and are the reason for the franchise’s success all these years.

“These characters are rich, and the drama is human and real,” Trevorrow said.

The fusion was long-planned. “We designed this trilogy to bring in characters from ‘Jurassic Park,’” Trevorrow says. “We had BD Wong in ‘Jurassic World’ to assure the audience that this was the same timeline; then we brought in Ian Malcolm in ‘Fallen Kingdom’ to reassure people that Malcolm is very much paying attention to what’s going on. In ‘Dominion,’ the legacy cast is as equally involved as Claire and Owen. We don’t just bring them in to exist in some supervisory, parental role. We send them on a true, honest-to-God, scary-as-hell adventure.”

It opens in cinemas across the Philippines on June 8.

Tabuena off to fiery start at Splendido Taal; Avaricio up by 1