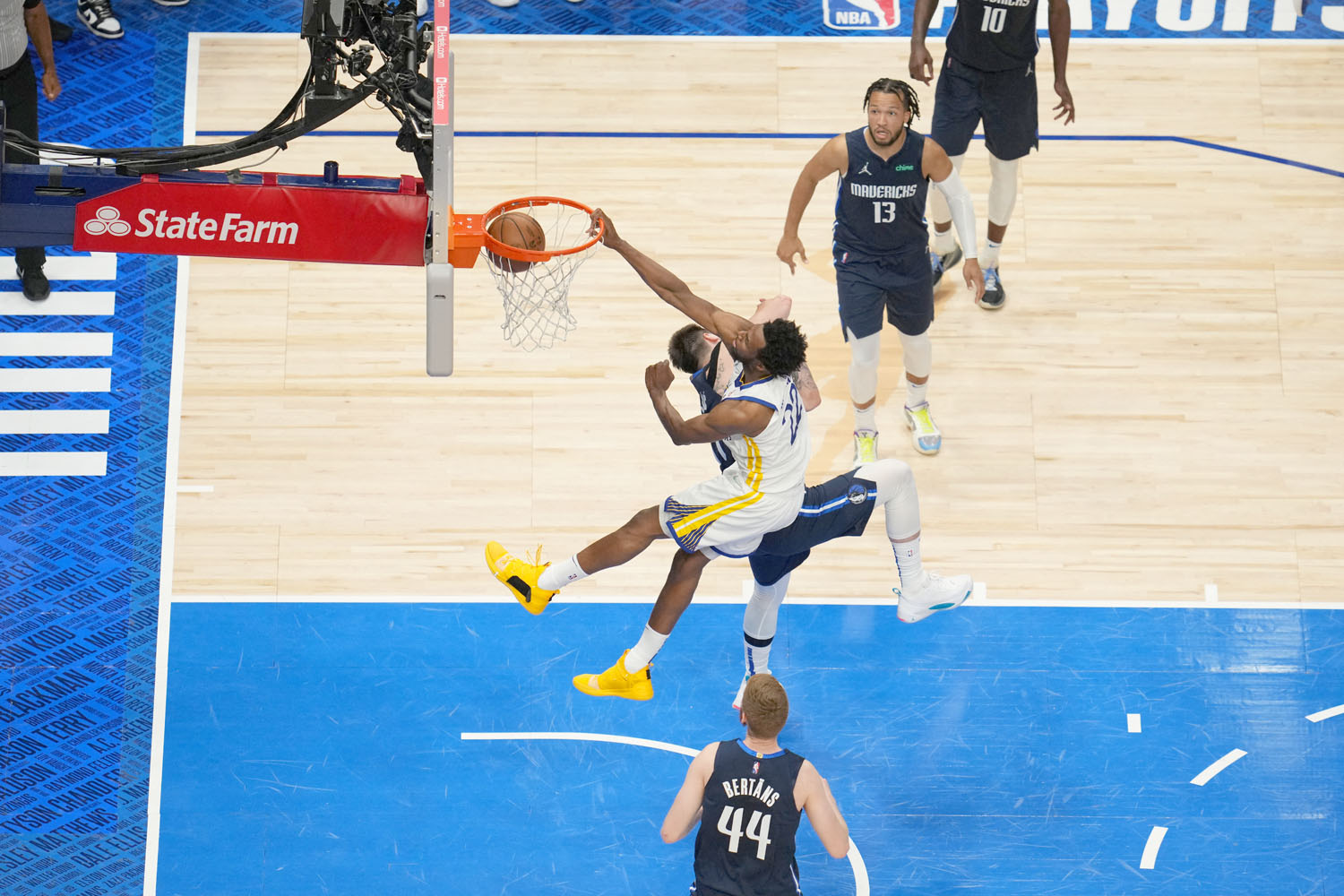 DALLAS (AFP) – Stephen Curry and Andrew Wiggins starred as the Golden State Warriors moved to the brink of the NBA Finals on Sunday with a 109-100 victory over the Dallas Mavericks.

The clinical Warriors performance on the road in Dallas gave Steve Kerr’s team a commanding 3-0 lead in the best-of-seven Western Conference finals series.

No team in the 75-year history of the NBA has ever successfully overturned a 3-0 series deficit in the playoffs.

Curry led the scoring for the Warriors with 31 points, 11 assists and five rebounds while Wiggins was exceptional with 27 points and 11 rebounds.

Luka Doncic once again delivered a monumental display for Dallas with 40 points, but the Slovenian star will need to conjure something even more miraculous to prevent the Warriors from advancing to an NBA finals showdown against either Boston or Miami.

“That was just a great team win,” Curry said afterwards.

“When you’re up 2-0 and you win on the road, it gives you a stranglehold and control of the series. That’s huge.

“We obviously know that the job’s not done, but it’s a good feeling to know that we can play with house money on Tuesday (in game four) and try and get the job done.”

Doncic meanwhile refused to concede that a Warriors series victory will now be a formality.

After taking a 48-47 half-time lead, the Warriors took a decisive grip on the game in the third quarter.

That margin proved to be enough as the Warriors maintained their composure during the fourth quarter to keep the Mavs at arm’s length.

Wiggins produced a highlight-reel worthy moment mid-way through the final quarter with a monstrous one-handed dunk over Doncic.

The bucket was initially ruled out for an offensive foul but Warriors coach Kerr successfully challenged the call to leave the Warriors 10 points clear at 93-83.

“It was an amazing dunk,” Kerr said afterwards. “I was surprised at the call but glad we had the challenge left.”

There was a nervous moment for Golden State when Spencer Dinwiddie nailed a three-pointer with just over a minute remaining to make it a five-point game at 104-99.

But the Warriors’ response was ruthless, Poole making a soul-destroying three-pointer to restore Golden State’s eight-point advantage and effectively ice the game with 54 seconds left on the clock.