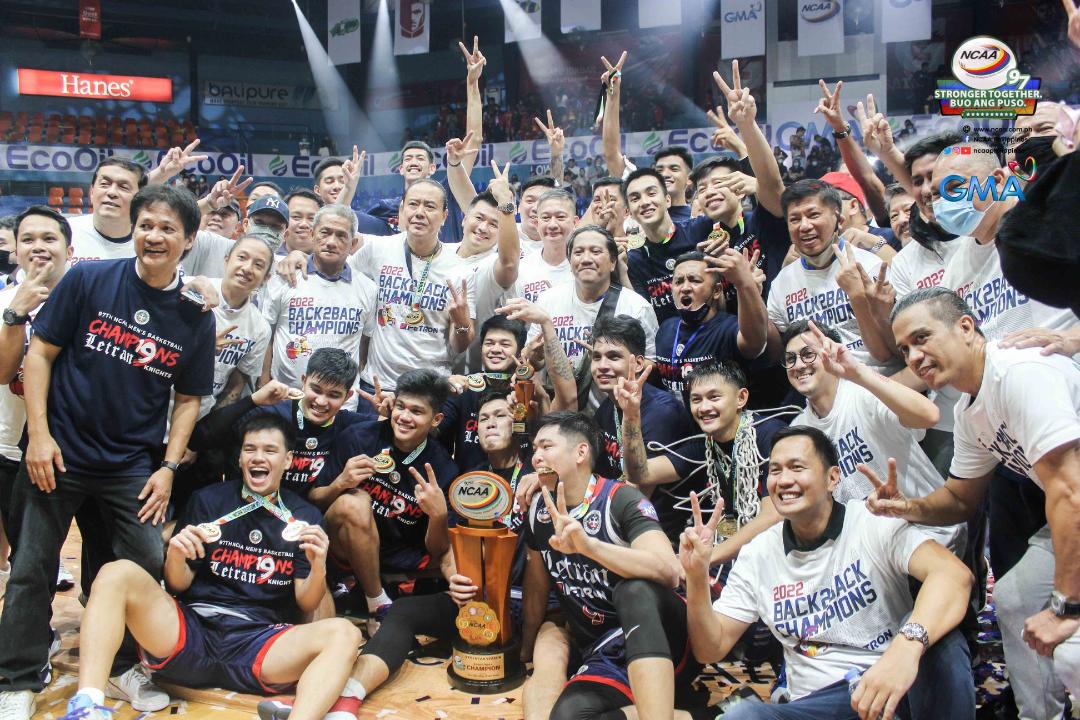 The Letran Knights are kings once again.
Letran swept its way to its 19th crown as Rhenz Abando delivered the killing blows to beat a valiant Mapua side, 75-65, and finish the tournament with a perfect 12-0 record on Sunday in the NCAA Season 97 Finals at the Flying V Centre in San Juan.

Abando, who was hailed as the season’s Most Valuable Player and Rookie of the Year before the start of the game, scored the Knights’ last six points to slam the door on Mapua’s comeback hopes and bag the championship for the second straight season
Abando finished with a double-double of 14 points and 12 rebounds while fellow Mythical Team member Jeo Ambohot provided support with 13 points and nine rebounds.
Louie Sangalang chipped in 11 points and 13 boards.
It was the first time that Letran won the title for two consecutive years since Kerby Raymundo spearheaded the team to the same feat in the 1998 and 1999 seasons.
“We’re very happy. Mahirap tong pandemic na liga coming from two years, di ko masabi kung mas masaya pero mas mahirap itong season na ito,” said Letran head coach Bonnie Tan.
The Knights got off to a hot start as they built a double digit spread in the opening quarter. Their swarming defense also shut down the Cardinals who were limited to just eight points in the first quarter and a 0-of-7 shooting from beyond the arc at the half.
Rhenz Nocum then sparked the second half fightback as the Cardinals battled from 21 points down early in the third and cut the lead to just five 70-65 with a little over two minutes left in the game after a late surge of triples from Brian Lacap, Arvin Gamboa and Paolo Hernandez.
Abando was quick to respond for the defending champions as the MVP soared to two quick layups and a pair of free throws that iced the game.