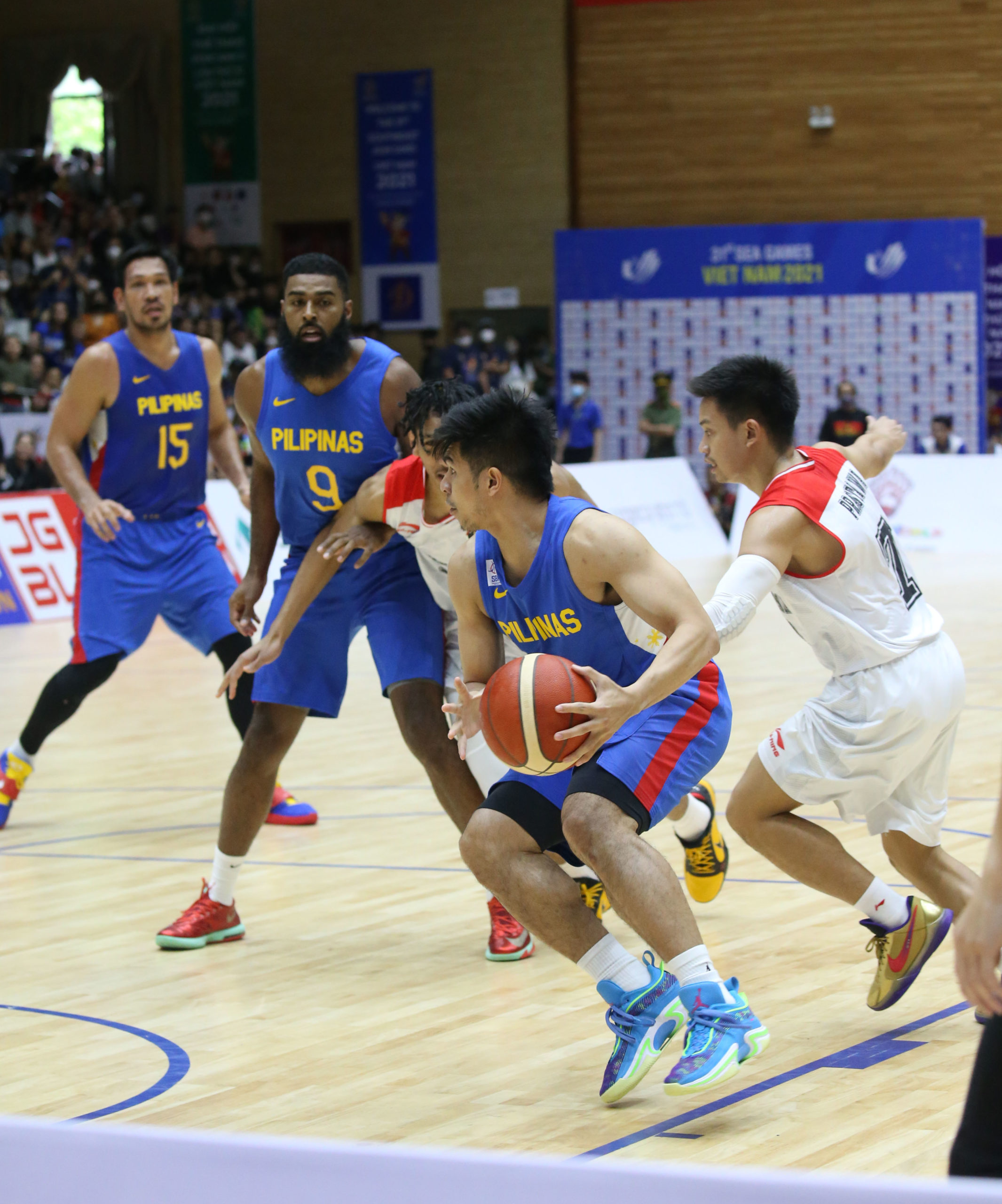 No more gold for Kiefer Ravena and Gilas Pilipinas

The Philippines’ long dominance in men’s basketball competitions of the Southeast Asian Games came to a shock end Sunday following Gilas Pilipinas’ 85-81 loss to Indonesia at the Tranh Tri Gymnasium in Hanoi, Vietnam.

There will be no gold for the first time since 1989 as Gilas had no answer for Indonesia, which leaned on its outside shooting and second chance opportunities throughout to complete a historic first gold.

Gilas had chances to at least force an overtime session, including Matthew Wright’s driving attempt that fell short with Indonesia ahead 81-79, the time down to six seconds left.

Dramatic scenes were witnessed at the end as Indonesian players, coaches and staff celebrated the momentous occasion while Gilas could endure the agony of being just the third Philippine cage squad to fall short in the regional meet.

Gilas, despite parading eight PBA players led by June Mar Fajardo and Matthew Wright and two players from Japan’s B.League in brothers Kiefer and Thirdy Ravena, came into the campaign favored to extend its SEAG reign for the 14th straight time.

The outcome, though, will leave coach Chot Reyes, his staff and the management of the Samahang Basketbol ng Pilipinas with plenty of soul-searching once they return from Vietnam.

Basketball produced just one gold in four events which came from the women’s team. The other medal came from the men’s 3×3 team which settled for bronze earlier in the 31st edition of the SEA Games.

Warning signs were seen at the start of the competition when it escaped with a 76-73 win over Thailand before Gilas dominated its next four outings by lopsided margins.

Indonesia pulled off the unthinkable behind 13 three-pointers with Abraham Grahita and Brandon Jawato leading the way.

It looked like Gilas was already in control when June Mar Fajardo lorded the paint to lead 56-51 until Indonesia once again leaned on its outside shooting to regain the advantage.

Indonesia’s naturalized player Marques Bolden was also key, with his putback puting Gilas behind 81-76 with 40 seconds to go.

Wright knocked down a triple, which was only the third made by Gilas, before Grahita turned the ball over that gave the ball back to the Philippines. But hopes of averting disaster in the dying seconds never came and the country’s long reign was eventually over.