This Fil-Japanese is not just good-looking, he’s also a SEAG champ 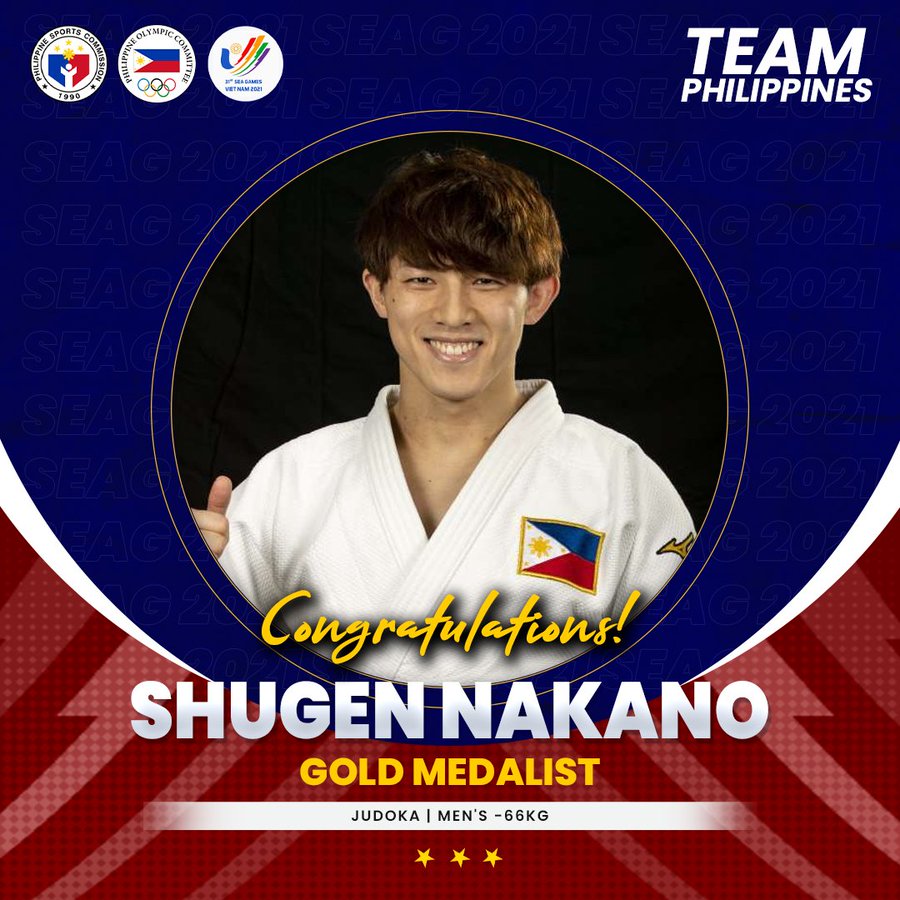 Shugen Nakano successfully defended his Southeast Asian Games title to give fresh hope to Team Philippines in the 31st Southeast Asian Games in Hanoi, Vietnam Friday, May 20.
Nakano, fast emerging as one of the Games idols with his good looks, ruled the -66kg division after eking out a dramatic1-0 victory over home bet Hoang Phuc Truong of Vietnam in the final.
The 2019 SEAG gold medalist notched the lone point at the 3:07 mark off a reverse throw to catch Hoang off guard.
There was a late scare in the last five seconds, however, after Hoang executed an armbar on Nakano but time wasn’t enough to earn an ippon, a waza-ari, or a tapout.
Meanwhile, Khrizzie Pabulayan also clinched silver medal in the women’s -52kg after yielding to Nguyen Thi Thanh Thuy of host Vietnam.
Nguyen, who turned emotional after the win, earned an ippon at the 1:40 mark after holding off Pabulayan down the mat for 20 seconds with a swift arm triangle lock.
Bryn Quillotes yielded to Indonesian opponent Muhammad Alfiansyah, 1-0, in the bronze medal match of the -60kg category.
Quillotes and Alfiansyah locked horns on the mat for seven minutes and 48 seconds in the golden score round before the Indonesia judoka earned the single point
Quillotes incurred a penalty due to a false attack which handed the victory to Alfiansyah.
The national judo team has garnered two golds, three silvers, and a bronze in the regional biennial meet.