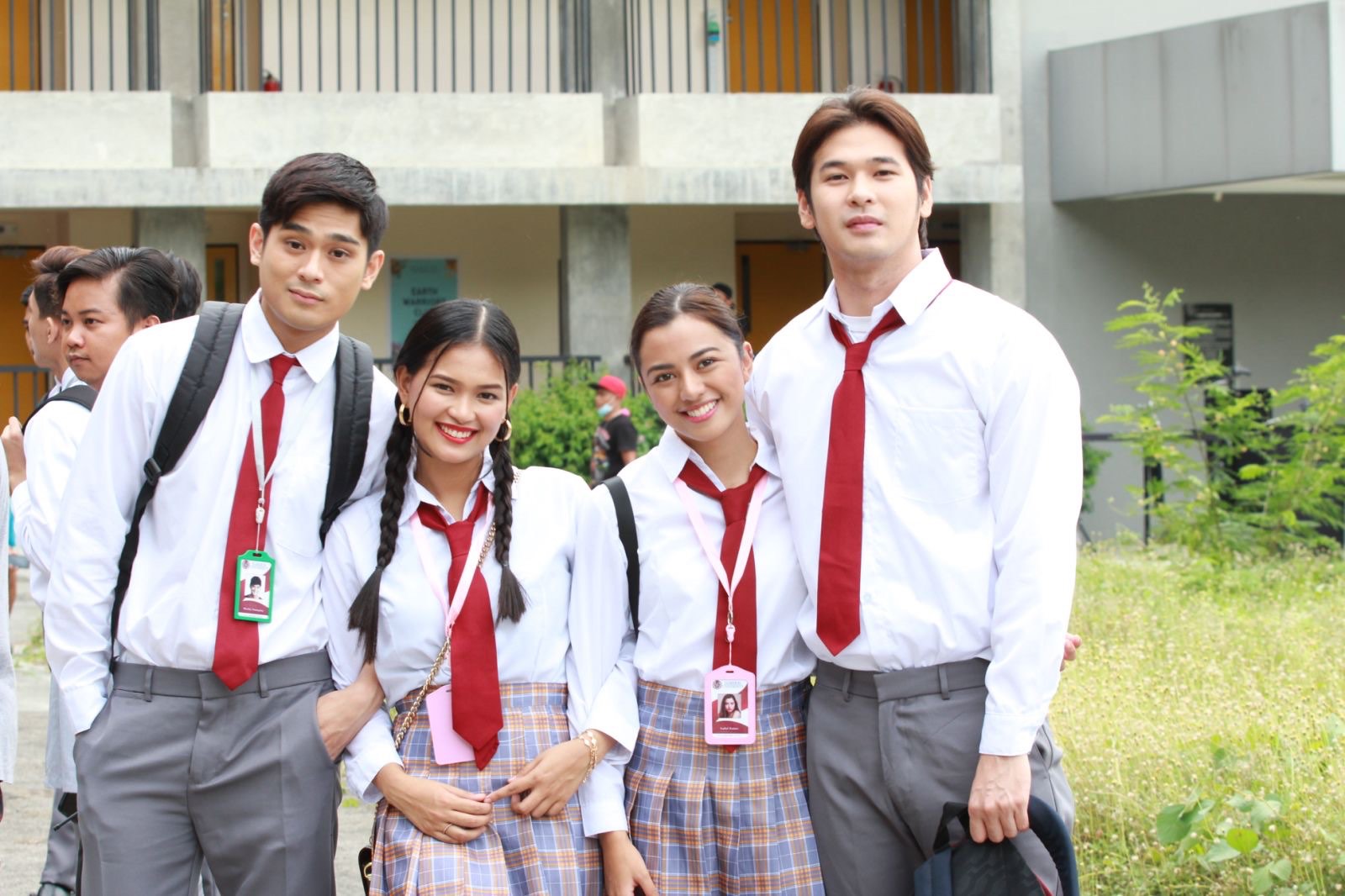 When is the right time to learn about sex?

Gibo, played by Wilbert Ross is a lustful scholar.  He’s been holding on to his girlfriend’s promise that they would “go all the way” after Junior High, only to be left high and dry when she suddenly flies abroad.

Thankfully, there’s Mrs. Salva, their hot teacher. Played by Rob Guinto, she is more than willing to teach Gibo a thing or two behind closed doors.

But trouble ensues when his girlfriend Karla, played by Katrina Dovey, suddenly returns from the US.

Worse, she comes back carrying a huge secret.

As confused as Gibo when it comes to sex is his childhood friend Issa, played by Denise Esteban.

She is seen by many as promiscuous but she is actually a virgin.

Mavic, played by Angela Morena, is her exact opposite.

She is considered by many as sweet, virginal, but the truth is, she knows more about sex than any of them.

Wes just wants to explore his sexuality. Gay or straight – anyone is welcome.

Who will teach him?

According to GB Sampedro, film director, the whole movie is about “sexual awakening.”

“This is something many of us could relate to,” he said. “At one point in time kasi diba lahat naman tayo dumating sa puntong curious tayo, experimental…this is about that. But we made it fun, entertaining.”