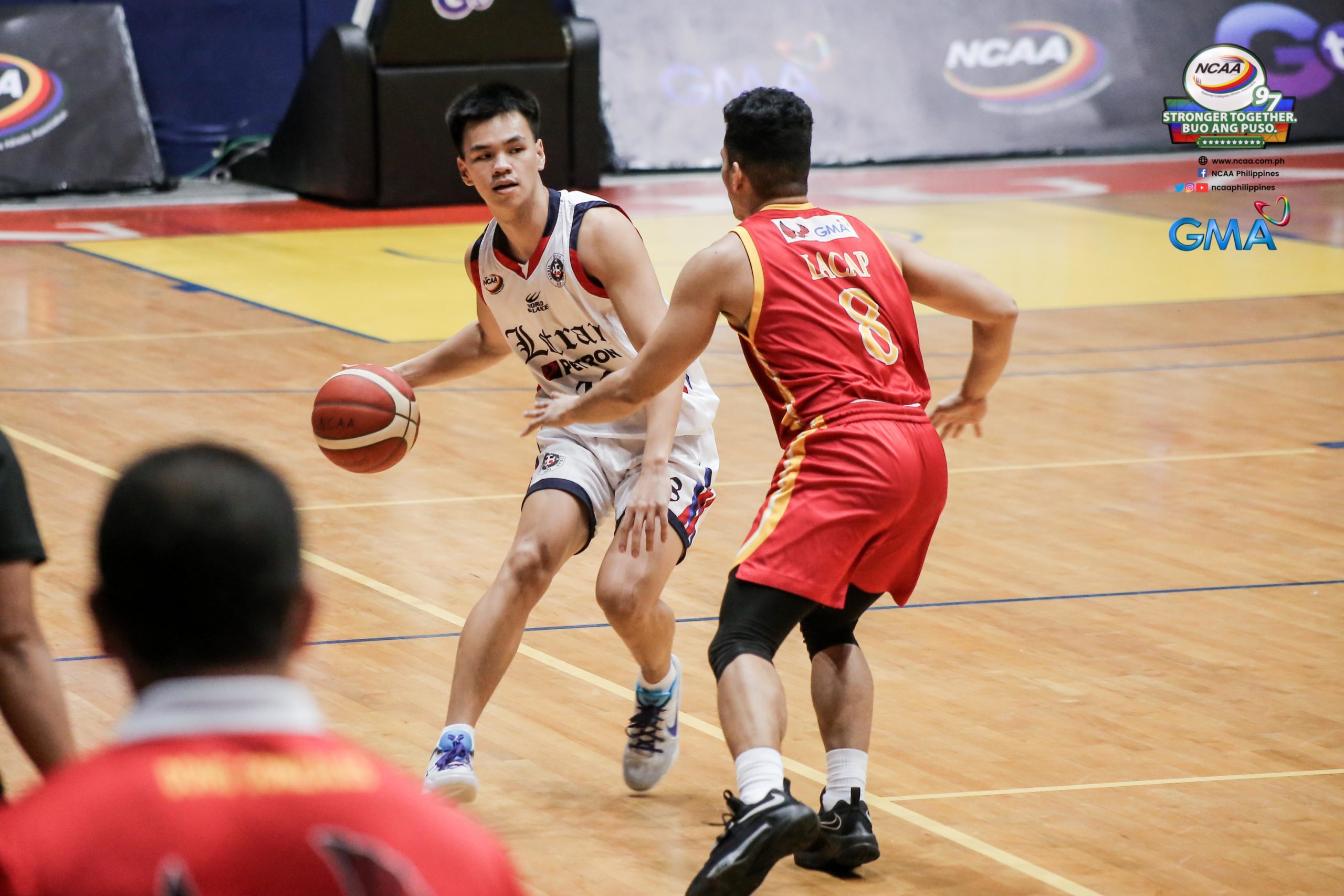 Fran Yu emerged as the Knight in shining armor for Letran as the defending champions moved on cusp of extending their NCAA reign after pulling off a 68-63 come-from-behind win over Mapua in Game 1 of their best-of-three Season 97 Finals Sunday at the FilOil Flying V Arena in San Juan City.

With the Cardinals controlling the first three quarters, Yu once again showed nerves of steel and delivered the crucial basket including a key defensive stop in the waning minutes to help Letran move a step closer to its second-straight title.

Having extended their winning run this season to 11 games, the Knights can secure their 19th title with another win on Sunday.

Without top gun Rhenz Abando who sprained his left ankle early in the fourth, Yu took over in the crunchtime, drilling a booming jumper that shoved Letran within one, 61-62, with 1:06 left in the game, much to the delight of the Letran faithful inside the jump-packed San Juan Arena.

Letran then buckled down on the defensive end to complete a huge stop before Jeo Ambohot nailed a contested floater to give the lead to the Knights for the first time, 63-62 with 45 seconds remaining.

Yu then showed why Letran is the leading defensive team, coming through with steal which Brent Paraiso converted into a layup for a 66-62 cushion with 15 ticks left.

Paraiso who carried the fight for Letran in the first three quarters finished with 14 points while Louie Sangalang added 14 markers and seven boards. Abando also scattered 13 points and seven rebounds before he went out of the game with an injury.

The Knights made up for their 0-of-15 shooting from beyond the arc with its defense, limiting the Cardinals to just nine points in the payoff period.

Warren Bonifacio and Arvin Gamboa paced the Cardinals with 10 points each but weren’t enough as they collapsed in the final minutes after protecting the lead for the most part of the contest.