Obiena, ranked No. 6 in the world, cleared 5.46 meters with nary a trouble to win the event for the second straight edition.

Making his victory the more impressive was that he shattered his previous SEA Games record of 5.45m which he made at the 2019 edition.

Casares clocked1 hour, 56 minutes and 57 seconds while Mangrobang retained her title with a time of 2:13:31.

It was a 1-2 finish in the men’s individual with Kim Remolino finishing behind Casares in 1:59:16, while debuting Raven Alcoseba settled for the women’s bronze in 2:18:30.

“I couldn’t be happier with my performance. It’s an honor to win the gold medal for the country,” said Casares.

Mangrobang guns for a second gold medal when she competes in duathlon Sunday with Alex Ganzon Gumaran, while John Chicano joins forces with Raymund Torio in the men’s side.

Thanks to her inspiring performance, Fil-Am Aleah Finnegan led the national team to the gold medal in women’s artistic gymnastics at the Quan Ngura Sports Palace with a score of 184.500, beating Vietnam (183.800) and Singapore (182.500).

The last time the Philippines won a medal in women’s artistic gymnastics was in the 2001 Kuala Lumpur Games, with Pia Adelle Reyes leading the way.

The 20-year-old, who eclipsed her bronze medal finish at the 2019 edition as she toppled Thailand’s Chayantphat Shinnakerdchoke, 15-4, in the semifinal.

In wushu, Agatha Wong settled for the silver medal in women’s taolu taijiquan with 9.69 points, while Jones Llabres Inso got his second medal – this time, bronze – in the men’s taolu taijijian with 9.70 points.

National rowers ended their campaign without a gold medal after Joanie Delgaco captured the silver in women’s single sculls in 8:31.487 and Cris Nievarez managed the bronze in the men’s lightweight single sculls in 7:35.741.

Overall, the PH rowing team finished with two silvers and six bronzes – a far cry from its three-gold, one-bronze haul at the 2019 edition.

Gilas Pilipinas, however, suffered a huge blow after Thailand dethroned its women’s squad, 21-14, in the semifinal of 3×3 basketball.

The Filipinas only landed fourth after losing to Indonesia, 16-10, in the battle for bronze.

The men’s team also failed to advance to the final and defend its crown after losing to Thailand, 21-17, in the semis.

Meanwhile, Kyla (23.56) and Kayla Richardson (23.87), subbing in for injured sprint queen Kristina Knott, settled for the silver and bronze medals, respectively, in the 200 meters, behind Singaporean champion Shanti Perreira (23.52 seconds).

The Filipinos fought back from a slow start by escaping a close second-set encounter anchored on Marck Espejo and Bryan Bagunas, but couldn’t stop the vastly improved attacks of the Cambodians in the crunch.

The PH team faces a must-win situation against Thailand on Monday to advance to the next phase.

The PH squad of Alyssa Valdez, Jaja Santiago and Mylene Paat couldn’t match the intensity of the Thais to even their win-loss record to 1-1 following a three-set win over Malaysia Friday.

Meanwhile, Carlos Yulo returns to action Sunday when he competes in the apparatus final. 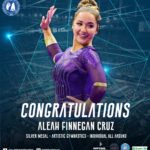 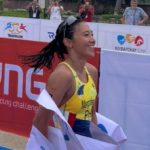