Cap: Matthew Morris (left) and Shara Louise Paliwag are but two of the fresh faces to emerge from the country's longest-running talent-search.

Louise Paliwag and Matthew Morris racked up two victories apiece in varying fashions as they clinched the MVP honors in the PPS-PEPP national age-group tennis circuit at the Lacta tennis courts in Negros Occidental last Friday.

Fellow Valencia, Negros Oriental bet Morris showed a lot of promise in his side of the battle as he survived top-seed Andrian Rodriguez tormentor Amik Serillo, 7-6(5), 6-4, to snare the boys’ 12-U trophy. The unranked but talented 11-year-old netter then overwhelmed Rafa Callao, 6-2, 6-0, in the 14-U finals to post the only other two-title feat in the five-day ranking tournament put up by Palawan Pawnshop president/CEO Bobby Castro.

Meanwhile, action shifts to Malabon City starting Tuesday when the PPS-PEPP Fr. Fernando Suarez Memorial Cup Open Championship is held at the Malabon Tennis Club with some of the country’s leading and rising players expected to see action.

Po escaped with a 4-2, 2-4, 10-2 decision over Khenz Justiniani in the semis then routed Joshua Raymundo, 6-0, 6-2, while Cocoy recovered from a sloppy first-set outing to repulse Jaran, 0-6, 6-3, 10-2, as they split the titles in the premier 18-U division of the tournament sanctioned by the Unified Tennis Philippines and UTR (Universal Tennis Rating). 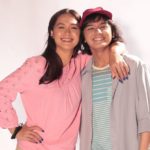 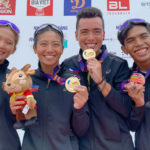