Not even a backside slide could thwart Ikeda’s drive for a first Ladies Philippine Golf Tour championship in three years as she built enough cushion – eight – with her explosive 33 at the turn and Avaricio ran out of holes in her frantic bid to turn things around at the back after a horrible 38.

Avaricio wound up with a 218, her bid for a rare three-peat hampered by a wobbly frontside 38, while first round leader Harmie Constantino also birdied the last to save a 73 for third at 221 in this fourth leg of the circuit organized by Pilipinas Golf Tournaments, Inc. and put up by ICTSI.

Sunshine Baraquiel exploded at the finish, birdying the last three holes to cap a fiery four-birdie windup from No. 13 for a tournament-best 68 as the Midlands leg winner last year jumped from 10th to salvage a share of fourth at 222 with Gretchen Villacencio, who carded a 74, and Mariano, who faded with a 77 after pulling to within two off Ikeda after 36 holes and moving to with one after No. 1.

Martina Miñoza and Lesley Icoy likewise earned their LPGT cards in contrasting fashions with the former pooling a 224 after a 72 for seventh and the latter needing to birdie the last hole to salvage an 81 for 12th place at 237.

The niece of legend Frankie Miñoza also claimed the low amateur honors, nipping Arnie Taguines, who assembled a 225 after a 73. 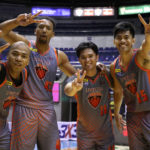 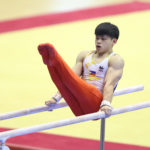