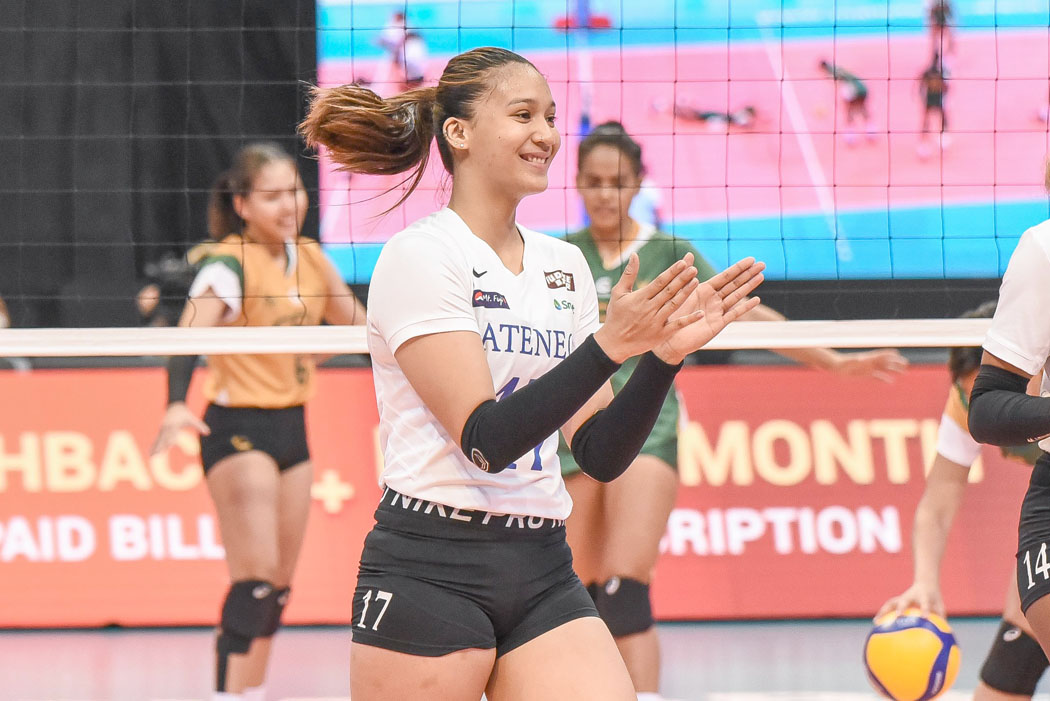 National University extended its winning run to four games by dismantling the hapless University of the East side, 25-11, 25-20, 25-13 in the UAAP Season 84 women’s volleyball tournament Thursday at the SM Mall of Asia Arena in Pasay City.
NU led by as much as 11 points in the deciding set, 23-12, before Dea Villamor’s service error put the Lady Bulldogs at match-point.

France Ronquillo, who scored five points in the set, ended the match with an ace.
Sheena Toring scored 13 points off eight attacks, three aces, and two blocks while Ivy Lacsina converted 12 attacks for 13 points to lead NU to the top of Season 84 with a 4-0 start.

Jaja Maraguinot steered the Ateneo ship with 14 excellent sets along with three points and nine excellent digs while Faith Nisperos finished with 14 points off 11 attacks, two aces, and a block as the Blue Eagles finally entered the win column with a 1-3 standing.
The Lady Tamaraws, who were coming off a huge five-set win over University of the East last Tuesday, slid to 1-3 in the standings.