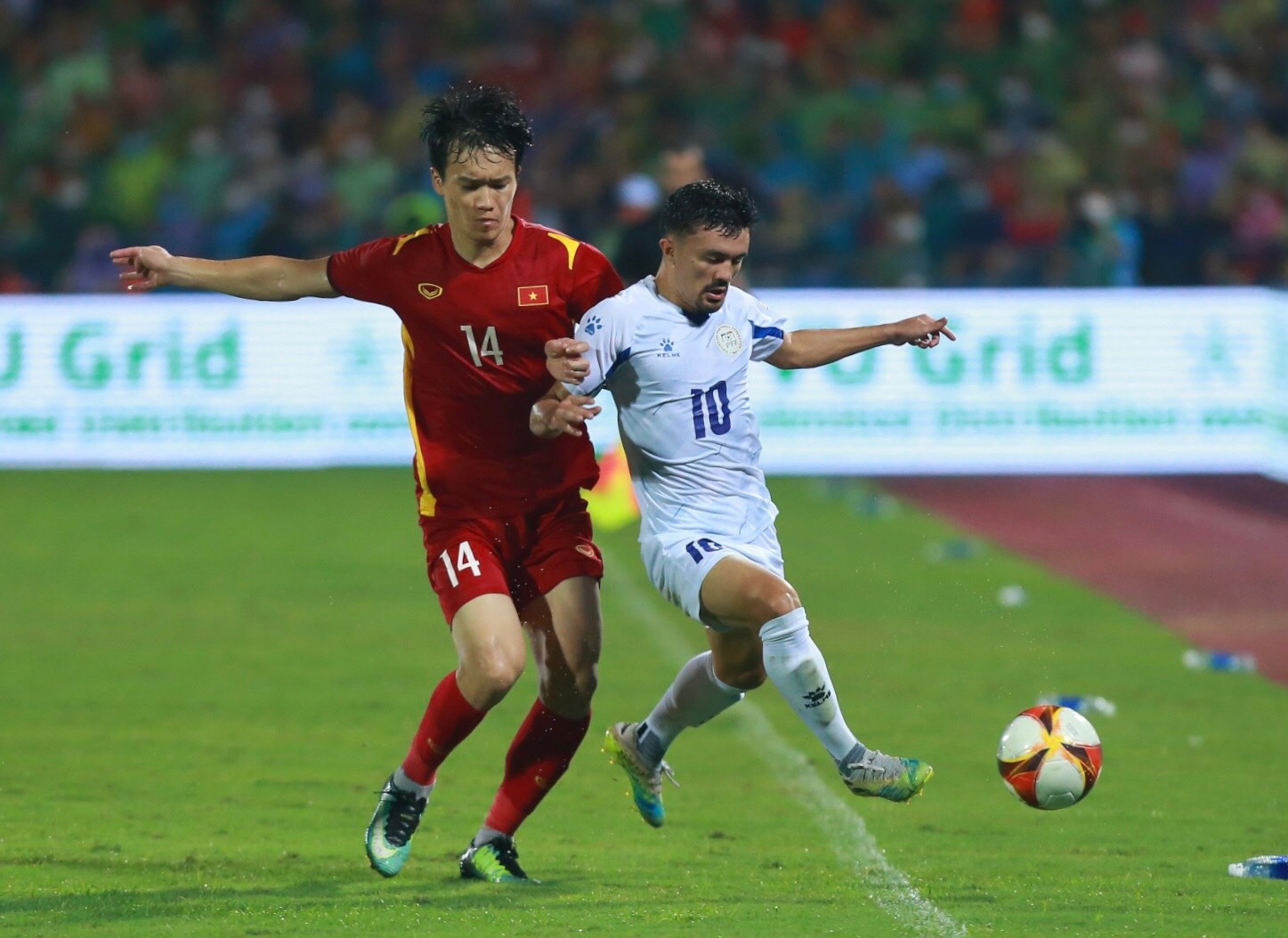 The national U-23 team stunned defending champion and host Vietnam with a scoreless draw amid rainy conditions Sunday in the men’s football competitions of the 31st Southeast Asian Games.

Given little to no chance to get a favorable draw, the Azkals U-23 put together a determined defensive stand throughout the match and forced Vietnam to share the spoils before huge disappointed fans at the Viet Tri Stadium in Phu Tho.

Coach Norman Fegidero’s side remained level with Vietnam at four points apiece, but took the lead in Group A on goal difference. The Philippines opened its campaign two days earlier with a 4-0 win over Timor-Leste.

It has been an impressive run of form for the Azkals U-23, who have given themselves a good chance of making the semifinals given to the top two teams in the group.

Next for the Philippines is a match against Myanmar on Tuesday before facing off Indonesia on Friday to conclude the group stage.

The Azkals U-23’s backline was very busy right from the opening whistle as defenders Jaime Rosquillo and Miguel Mendoza, midfielder Oskari Kekkonen and goalkeeper Quincy Kammeraad dealt with every attempt by Vietnam to supply a goal.

They were able to prevent Vietnam striker Nguyen Tien Linh from finding the back of the net, particularly in the second half.

Midfielder Oliver Bias tried to set up a goal for the Azkals U-23 in the second half through counterattacks, but they were also denied any clear opportunities.

Azkals team captain Stephan Schrock, one of two overage players on the 20-man squad, did not see action during the match.