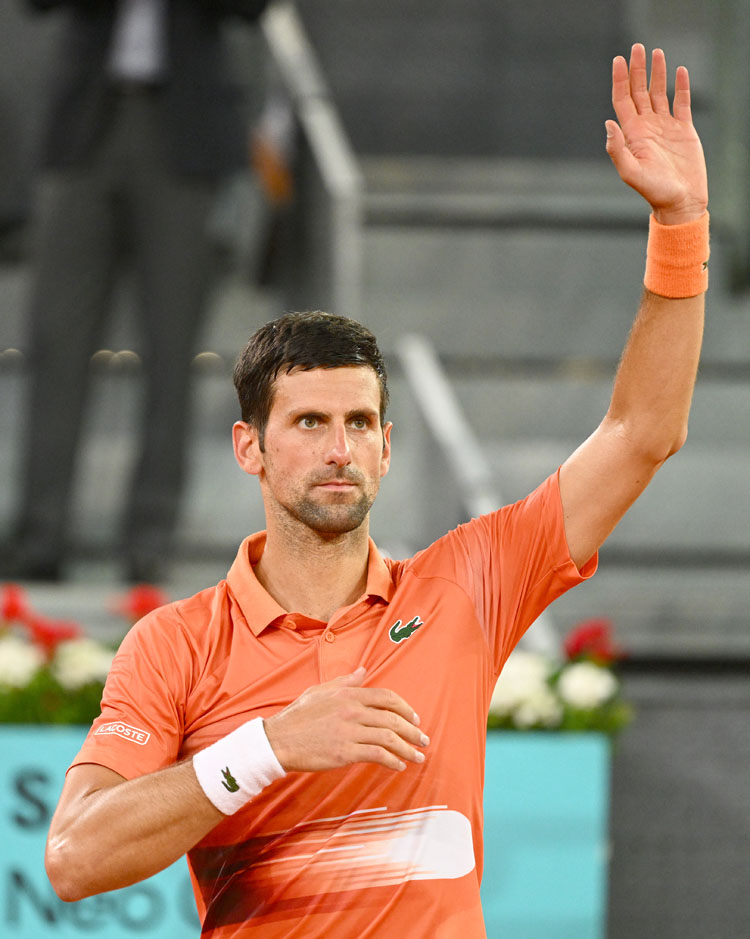 MADRID (AFP) – Top seed Novak Djokovic described his straight-sets opening win over Gael Monfils in Madrid on Tuesday as his “best performance of the year” as he set up a showdown with Andy Murray.

The 20-time major champion ensured he would keep his number one ranking for at least another week by extending his winning record against Monfils with a 6-3, 6-2 victory at the Caja Magica.

Djokovic, who entered the contest 17-0 head-to-head against the Frenchman, needed a win in their second round match to avoid surrendering the top spot to second-placed Daniil Medvedev.

“I would probably rate it as the best performance of the year, I would say. I felt very good on the court,” said Djokovic.

“I’m very pleased, considering, you know, that up to today I was not playing my best tennis in the few tournaments that I played this year and still kind of finding my rhythm, finding my groove.”

The three-time Madrid champion is finding his rhythm, after not competing much this season, but arrived to the Spanish capital fresh from a runner-up showing at his home tournament in Belgrade.

The Serb saved three break points in his first two service games before he wrested control of the match from Monfils and grabbed a one-set lead in 47 minutes.

Djokovic had to save two break points as he served for the match before he booked a Last16 clash with Murray, a 6-1, 3-6, 6-2 winner against Canadian 14th seed Denis Shapovalov.

It will be the first meeting between Djokovic and Murray since the Doha final in January 2017.

“In theory I should have no chance in the match, he’s obviously number one in the world and I’m playing with a metal hip,” said Murray, who is 11-25 against Djokovic in his career.

POC thanks ITF, ATF for allowing PH netters to play in SEAG