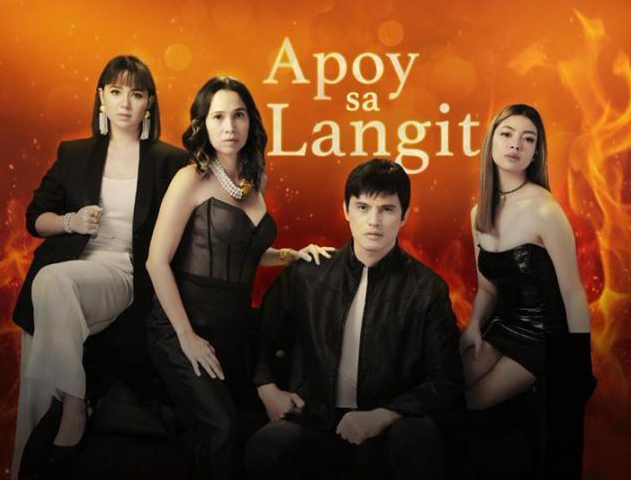 When a widowed jewelry designer and her only daughter get a second chance at a complete family, life takes a surprising twist when an “estranged daughter” turns out to be her new husband’s secret mistress.

The series stars one of the country’s finest actresses Maricel Laxa as Gemma Hidalgo, a widow and a loving mother who won’t let anyone get in the way of her second chance at love.

“It’s a stretch for me siyempre, it’s been a while pero I’m enjoying myself and for me it’s a brand new experience na masterclass kasi it’s my first time to really work on a teleserye with Direk Laurice [Guillen] so, I’m really absorbing everything I can, I’m writing things down, I’m doing extra homework and I’m making myself really available to learn, to go to the next level and have fun most of all,” shares Maricel on grabbing the opportunity to do this TV project.

He reveals working extra hard for this series since he doesn’t want to disappoint his director, “You know this project, hindi siya biro.  If you’re working with Direk Laurice, you got to be a thinking actor and that’s the only way you’re going to appreciate her…It’s really a special role for me that’s why I’m excited to work everyday dahil gustung-gusto ko yung character ni Cesar.”

Starring in Apoy sa Langit is highly-talented Kapuso star Mikee Quintos who is all set to showcase her versatility in drama as Ning Hidalgo, Gemma’s unica hija who is sweet, smart, and as artistic as her mother. As a child, she witnessed the murder of her father. And this time, she will witness how her mom’s new husband cheats on her.

Also joining in the soap is Lianne Valentin in her most daring role as Stella Fernandez, a bold and beautiful young woman who falls in love with Cesar.

Acclaimed director Laurice Guillen is at the helm of this series.

“Apoy sa Langit” is an epic tale of how even a second chance at love comes with its own hurdles; a marriage that is tested for ‘better or for worse, in secrets and in wealth,  till death do they part’.