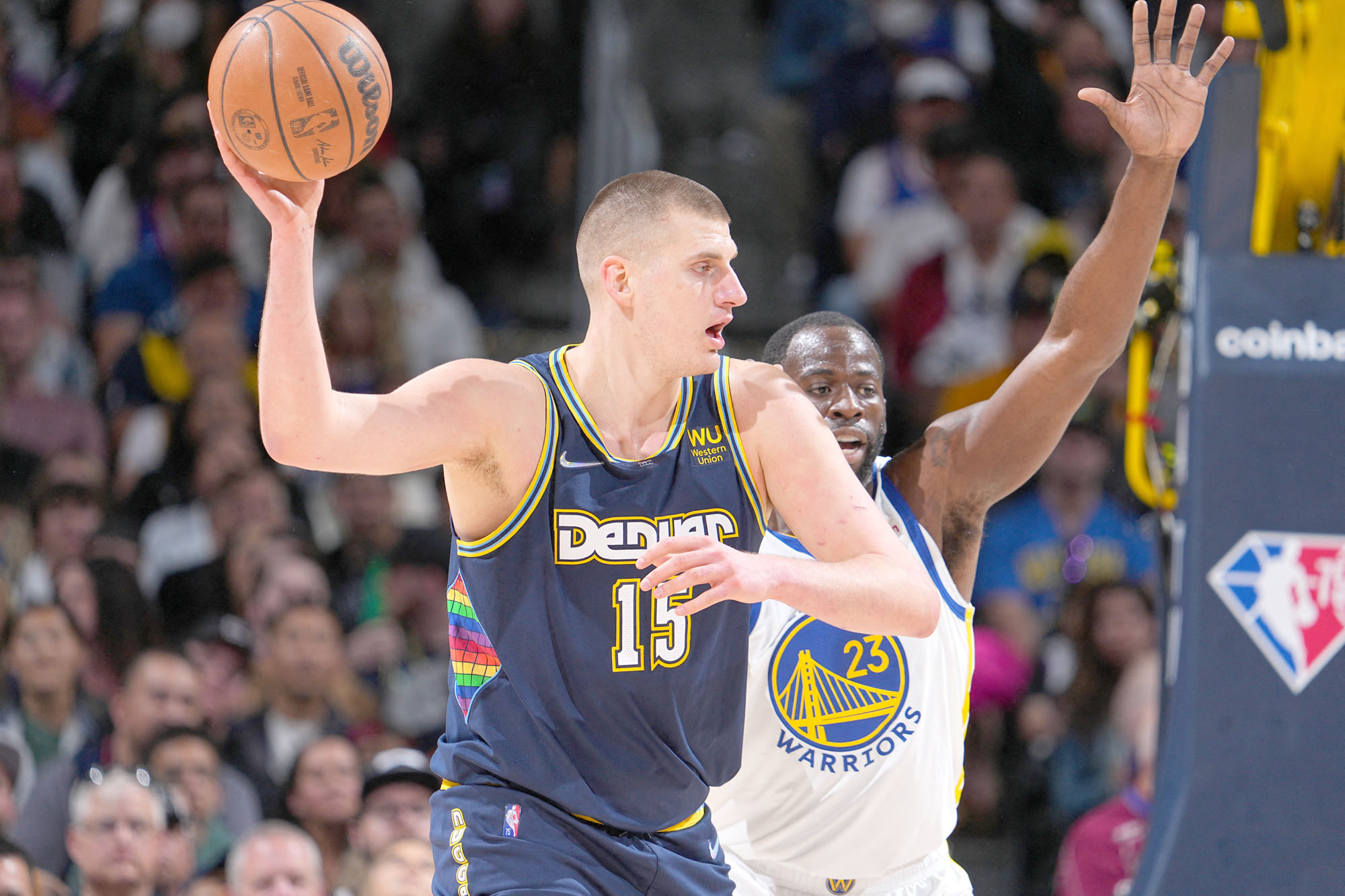 WASHINGTON (AFP) – Nikola Jokic scored 37 points and the Denver Nuggets avoided being swept out of the NBA playoffs on Sunday, holding off the Golden State Warriors, 126-121.

The 27-year-old Serbian big man, last season’s NBA Most Valuable Player, also delivered eight rebounds and six assists as the Nuggets pulled within 3-1 in their best-of-seven Western Conference first round series to force a fifth game on Wednesday at San Francisco.

The defending champion Milwaukee Bucks and the Eastern Conference top-seeded Miami Heat pushed their series leads to 3-1 with lopsided victories.

Jokic acknowledged that the Nuggets were determined to avoid a sweep on their home floor against the Warriors.

“We put up the fight,” Jokic said. “We didn’t want to get swept. We have more pride in ourselves.”

After Stephen Curry nailed a long jumper to give Golden State a 121-119 lead with 1:21 to play, Jokic made a layup, Monte Morris sank a go-ahead jumper with 33 seconds remaining and, after a steal by Austin Rivers, Jokic fired a pass to Will Barton for the deciding corner 3-pointer with 8.3 seconds remaining.

No team in NBA history has overcome a 3-0 deficit to win a playoff series, but Jokic says the Nuggets have the spirit to make history.

In the 2020 playoffs played in the coronavirus bubble, the Nuggets became the first team to rally from 3-1 down in a series twice in the same post-season.

“Obviously, out of all the teams in the playoffs, we’re probably the most comfortable being down 3-1,” Nuggets coach Mike Malone said. “Can I say we have them right where we want them? No. But we’re alive.”

Morris had 24 points and Aaron Gordon added 21 for Denver.

Curry had 33 off the bench — 15 in the fourth quarter — to lead Golden State, while Thompson had 32 in his first 30-point playoff game since the 2019 NBA Finals.

Draymond Green scored 13 points and pulled down 11 rebounds before fouling out with just over two minutes remaining.

Giannis Antetokounmpo delivered game highs of 32 points and 17 rebounds to lead the Bucks in Chicago. The Greek star also passed off seven assists and blocked two shots to put the Bucks in control as they head home for game five on Wednesday.

Bucks reserve Grayson Allen scored a career playoff high 27 on 10-of-12 shooting, 6-of-7 from 3-point range, while Jrue Holiday added 26 points and Bobby Portis had 14 for Milwaukee.

Jimmy Butler led the Heat in Miami, scoring 36 points to put the team on the brink of advancing.

Miami held Atlanta star Trae Young to just nine points on 3-of-11 shooting — all three of his baskets 3-pointers.

Butler added 10 rebounds, four assists and four steals for a Heat team that was without Kyle Lowry, who was sidelined with a hamstring strain but was a vocal presence on the bench.