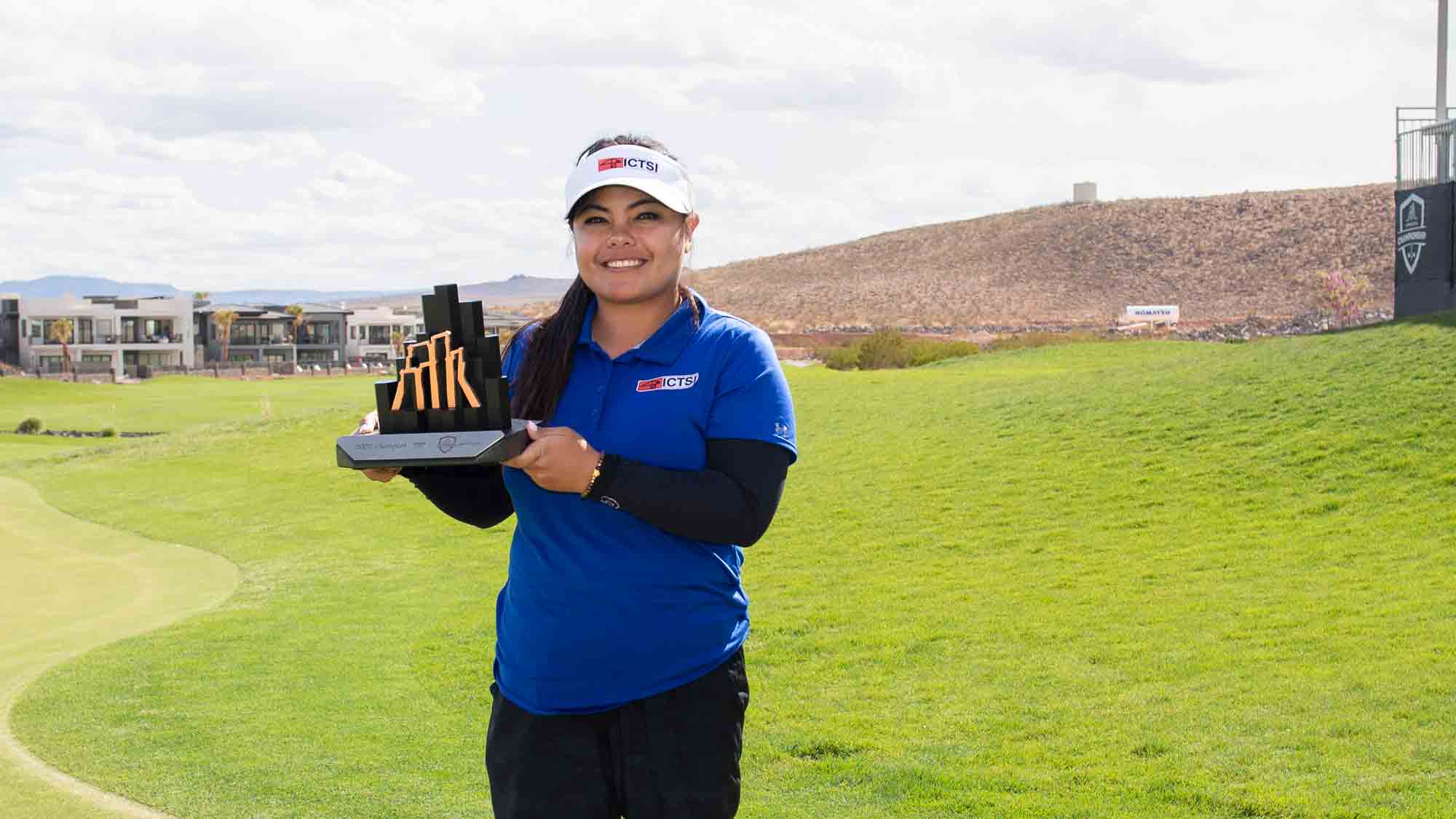 Dottie Ardina fired a bogey-free seven-under-par 65 and captured the Copper Rock Championship in Hurricane, Utah over the weekend.

Starting the round five strokes behind third-round leader Emma Broze, Ardina torched the course with seven birdies to claim the title and the $30,000 (around P1.5 million) cash purse.

The Filipina bet, who had earlier rounds of 73 and 73, finished with a three-round aggregate of 211.

“I wanted to have fun out there and my goal was 5-under to have a chance. But 7-under is even better,” Ardina, who hit all 14 fairways, said in an interview with epsontour.com.

“There was never that moment because [my playing partner] Anita [Uwadia] was making a lot of birdies too, so I kind of lost track on the back nine. We were both making birdies to stay close with each other. And I did not want to check the leaderboards.”

“I’ve played good golf the last few years and knew I was due. I wasn’t expecting it this week because of the weather, but took advantage of how nice it was today,” Ardina said.