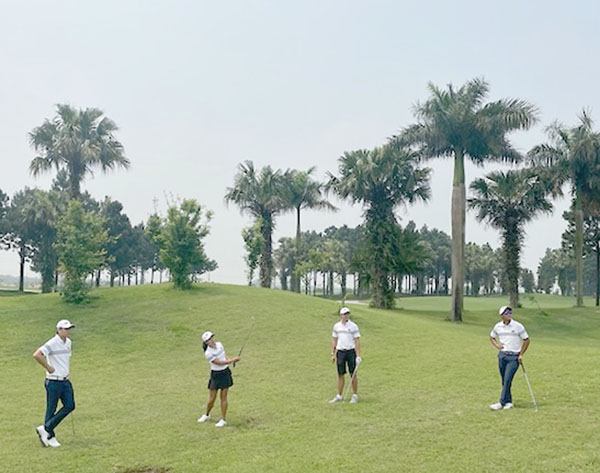 A merry mix of up-and-coming juniors, low-handicap club players and seasoned executives will battle it out with all but one of the national team members making their final preparations for the coming Southeast Asian Games at the National Stroke Play Championships starting Tuesday.

Venue of the 72-hole championship conducted by the National Golf Association of the Philippines is the Legends course of the Manila Southwoods Golf and Country Club in Carmona, Cavite.

The nationals will compete against basically the same cast that vied for the SEA Games slots last month at Luisita with the addition of several notables expected to figure well in the chase for the men’s and ladies plums.

“It’s a strong field and our national team should be gaining the needed competition experience from those challenging them at Southwoods,” said NGAP secretary general Bones Floro.

There are 19 entries in the ladies side and both the seasoned Go and Singson, the girls winner at the Philippine Junior Amateurs, are expected to have their hands full against the likes of Laurea Duque, Sunshine Zhang and Korean Bang Hee Yon.

Conspicuously absent is the multi-titled Rianne Malixi who chose to campaign in the American Junior Golf Association events in the US and will fly directly to Vietnam for her SEA Games call of national duty.

The National Stroke Play Championship is part of the PLDT Group National Amateur Golf Tour and is also sponsored by the MVP Sports Foundation, Huawei and Manila Southwoods Golf and Country Club.