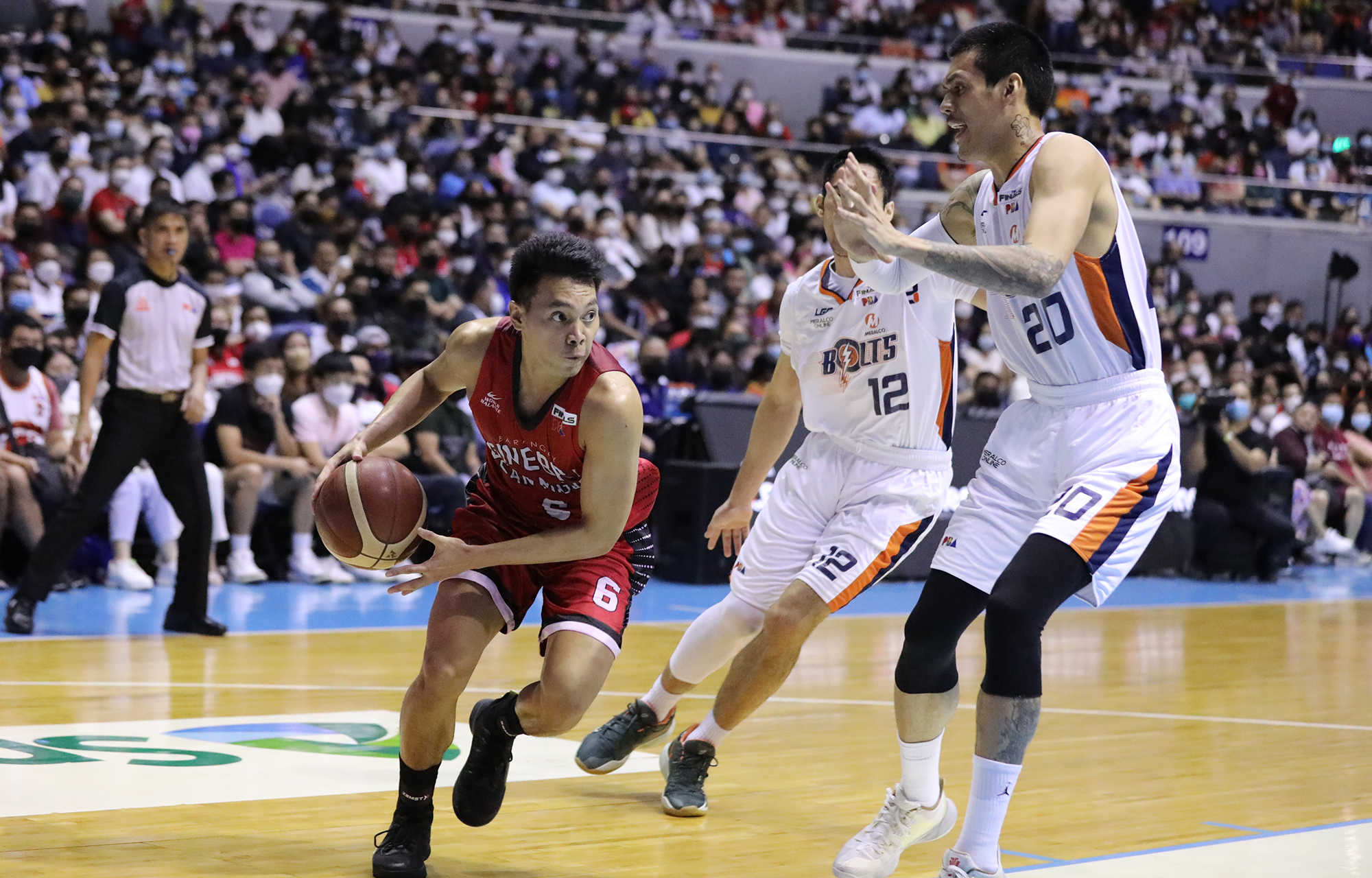 Thompson’s trey from way out gave the Gin Kings a 105-97 lead with 2:16 left in the fourth quarter and a much-needed gap after the Bolts fought back from 14 down to pull within a point during the fourth quarter.

Coach Tim Cone, sitting beside Thompson at the podium inside the press room, responded by saying: “Lucky? Boo.”

But Cone continued that it was not as lucky as Thompson or the Ginebra fans thought.

“That was a pure shot,” said Cone. “That went through in so cleanly. No luck involved in that shot.

“That’s a lot of hard work that he’s put in the gym over the last four or five years making that shot.”

The three capped off another big performance from the Best Player of the Conference, who came close to a triple-double with 19 points, nine rebounds and 11 assists.

It also boosted Thompson’s chances of winning the Finals Most Valuable Player award in the event Ginebra goes all the way.