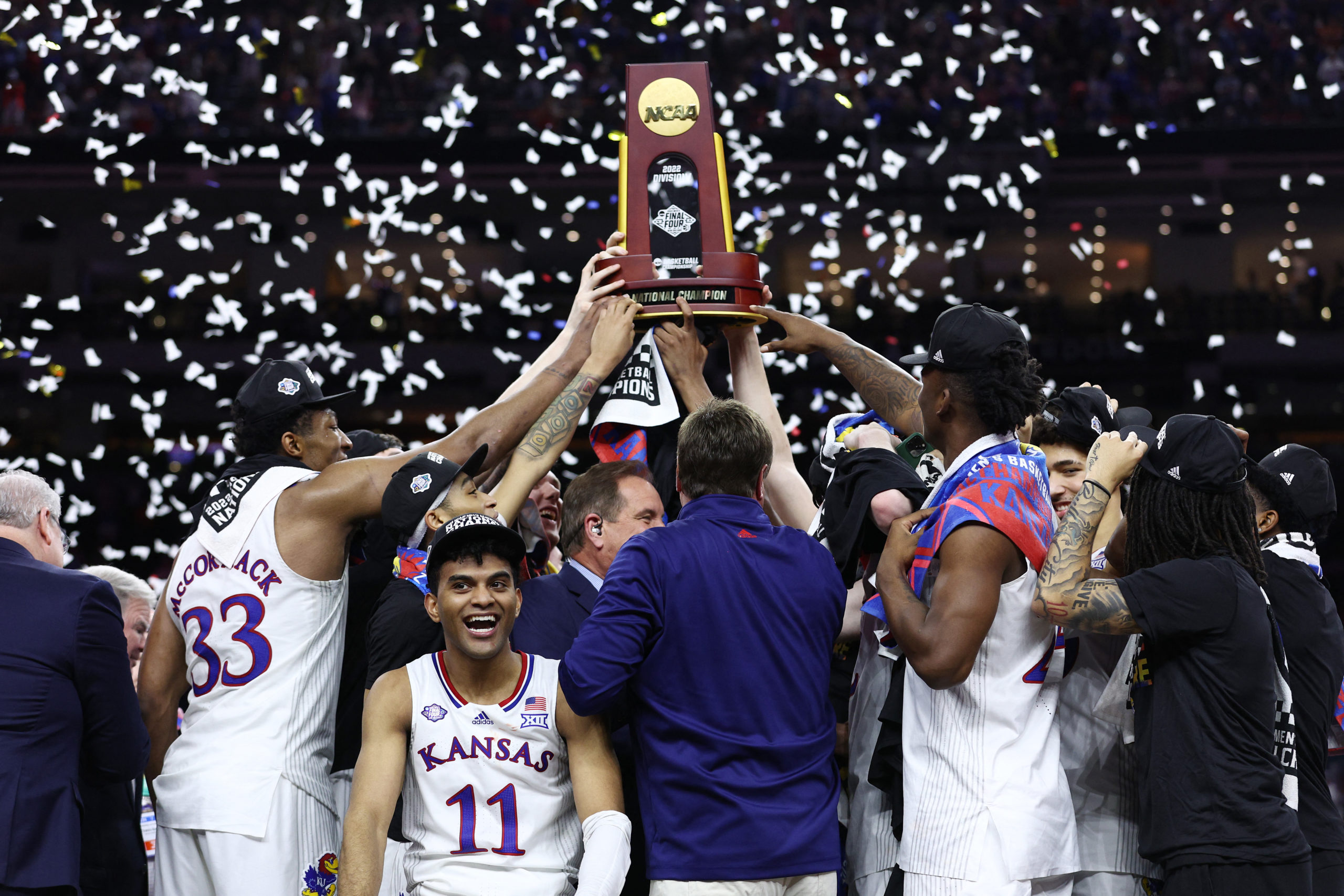 Remy Martin #11 of the Kansas Jayhawks reacts as Kansas Jayhawks players and coaches hold up the trophy after defeating the North Carolina Tar Heels 72-69 during the 2022 NCAA Men's Basketball Tournament National Championship at Caesars Superdome on April 04, 2022 in New Orleans, Louisiana. (AFP)

NEW ORLEANS (AFP) – The University of Kansas staged the biggest comeback in the history of the US collegiate basketball national championship game to defeat North Carolina on Monday.

The top-seeded Kansas Jayhawks had trailed 40-25 at half-time against the eighth-seeded North Carolina Tar Heels at the Caesars Superdome in New Orleans.

But a superb second-half performance saw Kansas reel in North Carolina to claim a dramatic 72-69 victory.

David McCormack and Jalen Wilson dragged Kansas over the line with 15 points apiece as North Carolina were outscored 47-29 in a pulsating second half.

But Kansas star McCormack revealed the Jayhawks had never lost hope despite a daunting half-time deficit.

“I was in the locker room at half-time smiling to my teammates, they thought I was crazy. I just said ‘Yo, we come out here in the second half and have fun, do what we was born to do, do what got us to this moment,'” McCormack said. “And we just executed.”

McCormack nudged Kansas into a 70-69 lead after hauling in a rebound with 1:16 remaining, and then added another two-point basket to put the Jayhawks 72-69 ahead with 22.3 seconds on the clock.

There was still time for North Carolina’s Caleb Love to attempt a game-tying three-pointer on the buzzer, but the air ball drifted harmlessly wide of the target as Kansas erupted in celebrations.

The Kansas comeback eclipsed the previous biggest mark from 1998, when Kentucky overturned a 10-point deficit to defeat Utah.