NCAA: Ambohot delivers as Knights rip Chiefs for win No. 2 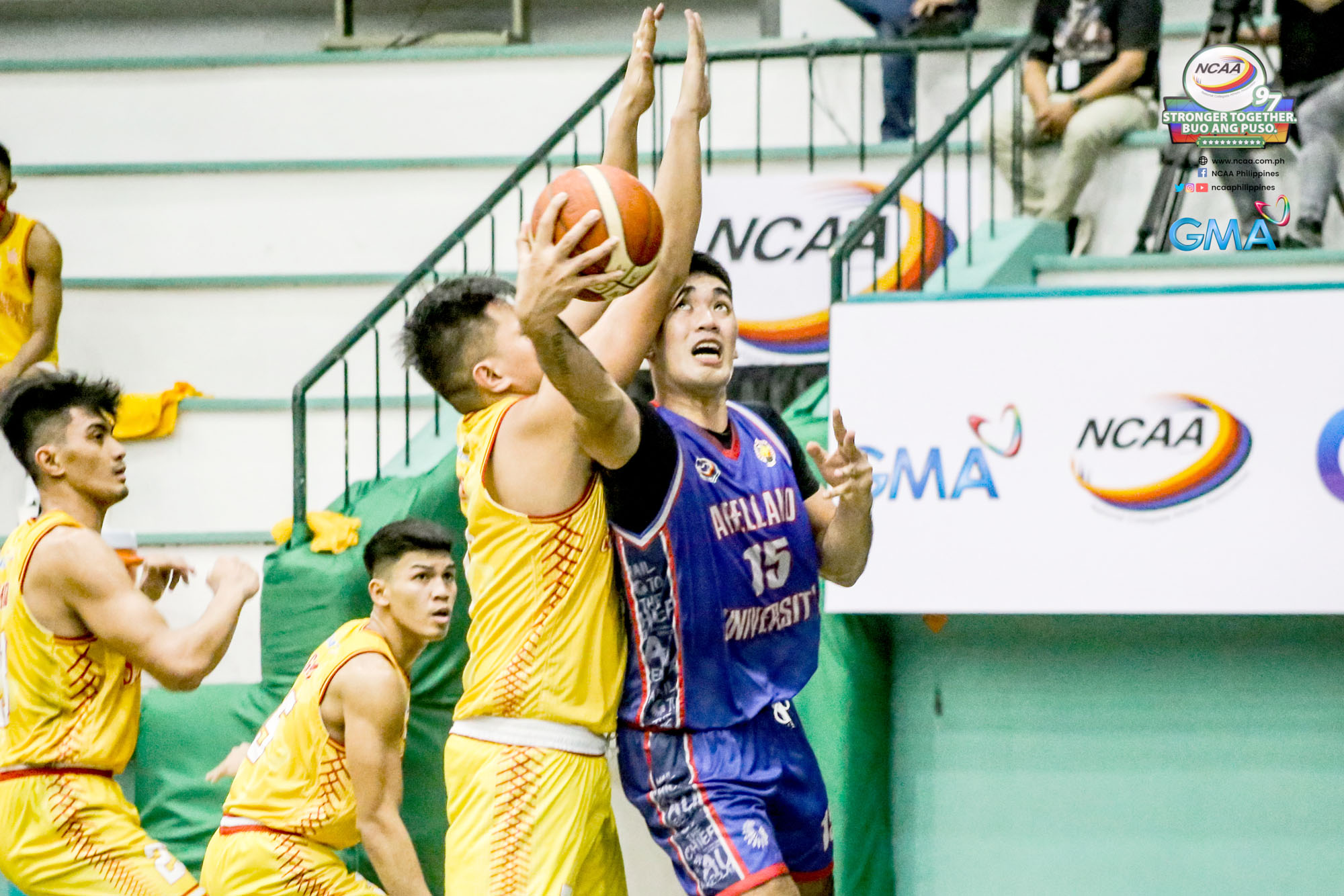 Letran put on a masterful performance yesterday and waylaid Arellano, 96-67, for its second win in the NCAA Season 97 at the La Salle Greenhills Gym.

The Knights’ firepower proved too much to bear for the Justin Arana-less Chiefs as Jeo Ambohot feasted inside the paint en route to a career-high 20 points apart from posting eight rebounds and three assists.

Tommy Olivario was also a joy to watch, orchestrating like a ‘maestro’ the attack for the Knights to produce 15 points and seven assists while Rhenz Abando and Louie Sangalang added 11 and 10 points, respectively.

The blowout win came as a fitting follow up to Letran’s 67-63 season opening win over St. Benilde especially with the defending champions shining bright on both ends of the floor to hand the Chiefs their first defeat in two games.

While it’s unfortunate that Arellano lost the 6-foot-5 center to a knee injury, Letran coach Bonnie Tan preached to his players not to underestimate the Chiefs, and that worked well for the team.

With the absence of the reigning Defensive Player of the Year, the Chiefs struggled to contain the Knights who used a blistering 21-9 second quarter to break the game wide open.

With the Knights forcing Arellano to consecutive turnovers that led to easy baskets for Abando, Sangalang and Ambohot, they erected a 41-26 advantage at the half.

Kalen Doromal, who finished with 11 markers, tried to carry the Chiefs on his back with seven straight points to come within 11, 55-44, midway in the third quarter but Ambohot unloaded 11 of his output to rebuild a 66-51 heading into the final frame