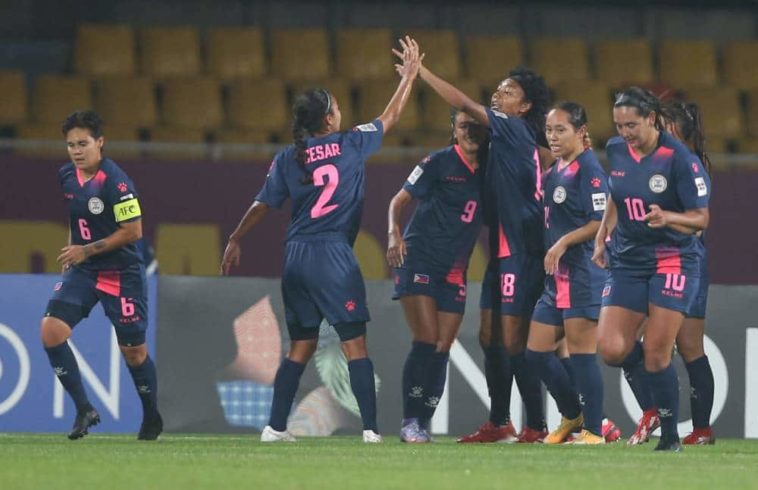 The Philippine women’s football team claimed a historic place in the quarterfinals of the AFC Women’s Asian Cup after rolling past Indonesia, 6-0, in their final group stage match Thursday, Jan. 27 at the Shiv Chhatrapati Sports Complex in Pune, India.

Katrina Guillou and Sarina Bolden scored in the first half before Tahnai Annis joined the scoring binge with two strikes from outside the box to highlight the Pinay booters’ dominance of the Indonesian squad.

Jessica Miclat and Malea Cesar also found the back of the net late in the second half to secure the country’s place in the last eight as runners-up in Group B with six points in three matches.

Australia topped the group with nine points after a 2-1 win over Thailand, which finished with three points but advanced to the quarters as one of the two best third placers in the competition.

Thailand’s defeat assured the Filipinas of a quarterfinal meeting with Group A second placer Taiwan on Sunday at the same venue, with the winner not only advancing to the semis but also in next year’s FIFA Women’s World Cup.

No Philippine men’s or women’s team has made the World Cup, and coach Alen Stajcic’s squad is keen on joining some of the elite nations in the 2023 edition which will be co-hosted by Australia and New Zealand.

A loss, however, won’t mean an end to the Philippines’ World Cup ambitions as it can advance through a repechage to determine the remaining slots in FIFA’s premier women’s event.

Five Asian teams, excluding Australia which already has a direct slot, will qualify for the 2023 World Cup.

The Philippines got an immediate opportunity four minutes into the match when it was awarded a penalty after Indonesia’s Vivi Riski was called for a handball inside the box.

But Bolden was denied an opening goal when her low attempt from the spot hit the left goalpost.

It didn’t take long for the Filipinas to have another chance as Guillou fired a right-footed attempt to the top corner in the sixth minute for her first international goal.

Bolden redeemed herself in the 27th, doubling the Philippines’ lead with a header of a cross by Miclat through a set piece.

Annis, wearing the captain’s armband, made it 3-0 as her shot from outside the box went in despite being slightly deflected by Indonesian goalkeeper Riska Aprilia in the 56th.

Another Indonesian handball inside the penalty area allowed Miclat to add to the goal tally with a spot kick in the 74th, then Annis fired a screamer from only the same spot as where she struck her first one in the 82nd.

Cesar, who made her first start, completed the final count near the final whistle, tapping in an empty-netter off an assist from substitute Sara Castaneda. 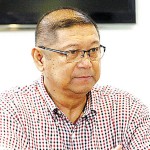 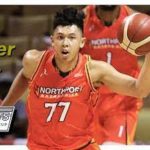