NorthPort rewarded swingman Kevin Ferrer a two-year extension after the two sides agreed on a deal.

Ferrer inked on the dotted line after he and agent Marvin Espiritu met with Batang Pier manager Bonnie Tan Thursday, Jan. 27 to formalize the deal.

His previous contract with NorthPort was a similar two-year pact signed in Jan. 2020.

The former University of Santo Tomas star has been with the Batang Pier since 2019 as part of a multi-player trade that sent star guard Stanley Pringle to Barangay Ginebra San Miguel.

He has played 32 games for the Batang Pier, helping the team reach the semifinals of the 2019 Governors’ Cup and the quarterfinals of this season’s Philippine Cup.

But Ferrer is only averaging 3.8 points and 2.5 rebounds in four games in the Governors’ Cup which is currently suspended due to COVID-19. He averaged 7.9 points, 4.7 rebounds and 1.5 assists last conference.

The new deal will come very handy for Ferrer, a week after he and wife MM tied the knot in a church wedding.

The two actually became a married couple through a civil wedding last November. 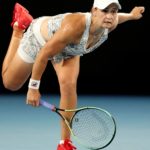