MELBOURNE (AFP) – Men’s title favorite Daniil Medvedev fought back from the brink of a shock exit on Wednesday to reach the Australian Open semifinal and keep his dream of a second Grand Slam crown alive.

Medvedev, the world number two, looked down and out as he lost the opening two sets to Canadian 21-year-old sensation Felix Auger-Aliassime before mounting a remarkable turnaround.

Asked how he managed to win, the US Open champions Medvedev admitted: “I have no idea.”

“I just fought to the last point and manage to raise my level.”

It sets up a repeat of last year’s semifinal against Stefanos Tsitsipas, which Medvedev won in straight sets before going on to lose to Novak Djokovic in the championship match.

By contrast to Medvedev’s struggles, Tsitsipas made serene progress in a two-hour afternoon romp halted only by rain, which caused a brief delay for the Rod Laver Arena roof to be shut and the court to be mopped dry.

The change in conditions made no difference to a dominant, flawless performance from the world number four who grasped control of the quarter-final with a break in Sinner’s opening service game and did not relinquish his firm grip.

The women’s semi-final line-up was completed by Danielle Collins and Iga Swiatek who enjoyed vastly contrasting wins in the last eight on Wednesday.

Collins swept past unseeded Alize Cornet in just 88 minutes to match her run to the last four in 2019 and shatter the French veteran’s dream of making a first Grand Slam semi-final.

Top seed Ashleigh Barty will face unseeded American Madison Keys in the other last-four clash on Thursday for a place in Saturday’s final. 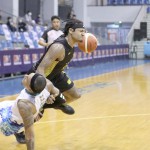 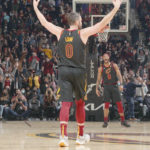