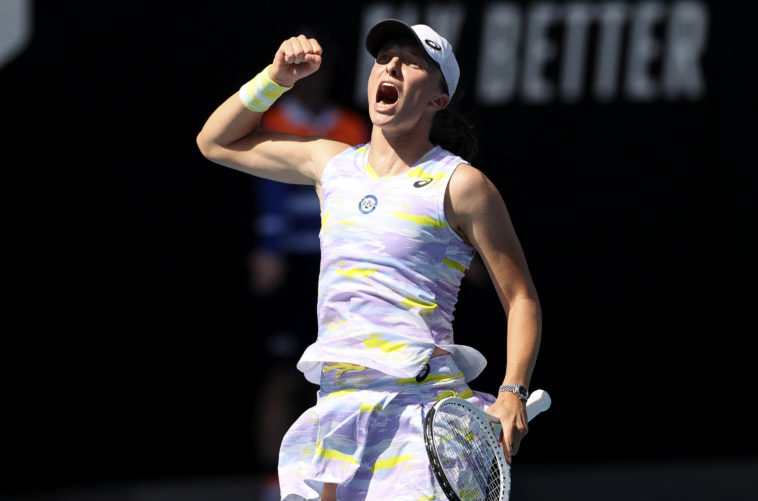 Poland's Iga Swiatek celebrates after winning the women's singles quarter-final match against Estonia's Kaia Kanepi on day ten of the Australian Open tennis tournament in Melbourne on January 26, 2022. (Photo by Martin KEEP / AFP) / -- IMAGE RESTRICTED TO EDITORIAL USE - STRICTLY NO COMMERCIAL USE --

MELBOURNE (AFP) – Iga Swiatek came from a set down to make her maiden Australian Open semi-final Wednesday by battling past gutsy veteran Kaia Kanepi to set up a last-four clash with Danielle Collins.

She will play Collins on Thursday for a place in the final after the American 27th seed ground down Alize Cornet 7-5, 6-1 to match her Australian Open exploits from 2019.

Swiatek is in the second week for a sixth consecutive Grand Slam since her 2020 French Open triumph, but it the first time she has made the last four away from the Paris clay.

Ranked nine, she is now projected to move to fourth in the world and could go as high as three if she wins the title.

“I had so many break points (nine) in the first set that I felt like I missed my chances,” said Swiatek.

“I was pretty annoyed and I should have been focused on the next point. And that’s what I did in the second set exactly that.

“They are easy things to do but they are working. I felt like she was playing so fast that I couldn’t be tight. so I had to finish my forehands basically. That was enough.”. 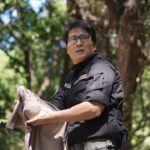