James shot 14-of-21 from the floor and added seven rebounds and six assists for the Lakers, who have lost five of their last eight and are struggling to maintain a .500 won-loss record this season in the Western Conference standings.

Davis played his first game since injuring his knee in a 110-92 loss to Minnesota on December 17 and finished with eight points. Davis had a dunk on the game’s first possession and played 25 minutes.

With Davis out, the Lakers went 7-10 as James carried the offensive load.

James said he used the motivation of playing in New York to ignite the fire inside him. The last time the Lakers played in New York, James was serving a suspension for fighting.

Tuesday’s loss continued a string of inconsistent performance by the Nets, who were missing all-stars Kevin Durant and Kyrie Irving.

Durant sprained the medial collateral ligament in his left knee during the second quarter of their 120-105 home win over the New Orleans Pelicans on January 15.

Irving has been banned from playing home games by New York City health officials because he refuses to get vaccinated against Covid-19.

With those two down, the Nets are leaning on James Harden, who bounced back from one of his worst games of the season with a triple double of 33 points, 12 rebounds and 11 assists against the Lakers.

Elsewhere, Joel Embiid had 42 points and 14 rebounds to lift the host Philadelphia 76ers past the New Orleans Pelicans 117-107.

Embiid shot 12 of 24 from the field and 18 of 20 from the free-throw line. It was Embiid’s sixth game with at least 40 points this season.

In Boston, Jayson Tatum and Jaylen Brown combined to score 66 points as the Boston Celtics clobbered the Sacramento Kings with a 128-75 victory for their seventh win in 10 games. 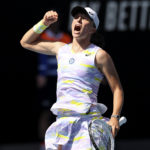 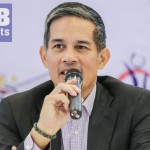