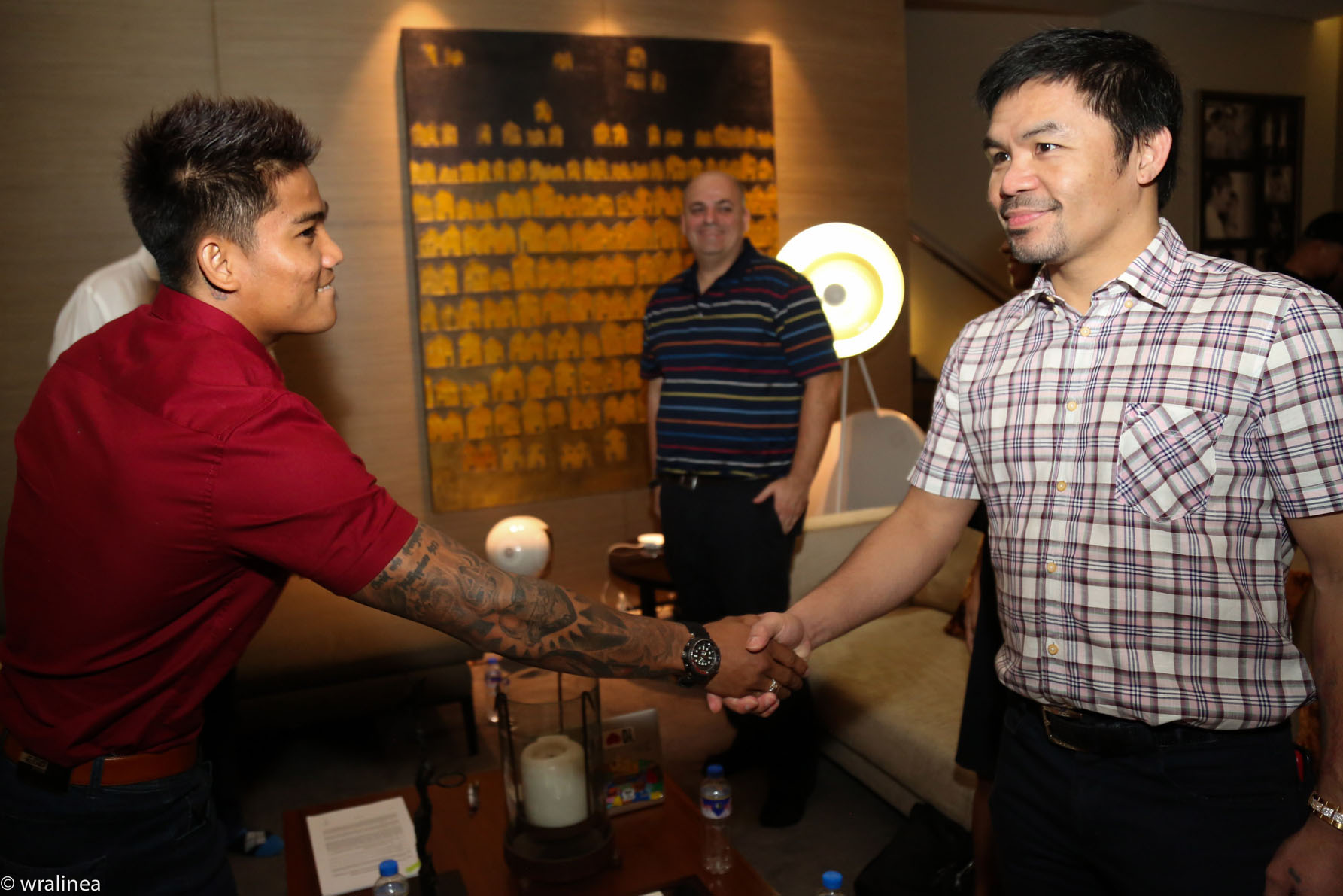 Aside from a very supportive team in MP Promotions and his wife, Mark Magsayo drew strength from his idol Manny Pacquiao ahead of his WBC featherweight title bout against Gary Russell Jr.
Vocal about his idol since Day 1, Magsayo took his sweet time to thank Pacquiao, the only eight-division world boxing champion, for calling and talking to him prior to the match.
“That’s my biggest inspiration to me, that he called me. Because he’s my idol since I was a kid, since I was starting boxing,” said Magsayo, who scored a majority decision over Russell to become the new WBC featherweight champion at the Borgata Hotel Casino & Spa, Atlantic City in New Jersey on Saturday, Jan. 22 (Sunday in Manila).
“He’s my idol since I was a kid, since I was eight years old. Following his footsteps, now I’ve become a world champion. I’m so happy,” added the 26-year-old Tagbilaran, Bohol native boxer.
Pacquiao called Magsayo on Thursday where the Filipino boxing great gave his protege words of wisdom.
Pacquiao, who is running for the presidential seat in the Philippines, also asked Magsayo a few details about the match, his conditioning as well as his weight.
“He (Pacquiao) made my heart strong and my mind. And he said, ‘Keep praying and follow your dreams,'” said Magsayo, recipient of WBC’s 2021 Prospect of the Year.
Magsayo signed with MP Promotions last March 2020 when the sporting world was halted by the COVID-19 pandemic.
Magsayo emerged victorious in his first match under MP Promotions against American foe Rigoberto Hermosillo in October 2020 before following up two huge victories against American Pablo Cruz and Mexican Julio Ceja in April and August 2021, respectively.
With the win against Ceja, the unbeaten Filipino boxer earned Premier Boxing Champion’s Knockout of the Year honor. 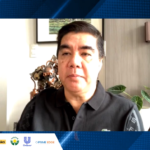