LOS ANGELES (AFP) – Mikal Bridges scored a team-high 23 points and Chris Paul finished with 18 points and 16 assists as the Phoenix Suns rolled over the Indian Pacers, 113-103, for their sixth straight win on Saturday.

Bismack Biyombo scored 21 points for Phoenix, who had won five consecutive road games before facing the Pacers at home. The Suns have also won nine of their last 10.

Chris Duarte and Lance Stephenson each scored 17 points for the Pacers and Goga Bitadze added 16 points and 11 rebounds, but the undermanned Pacers couldn’t equal the effort they had two nights earlier when they beat the Golden State Warriors.

Indiana was without their three top players, Caris LeVert (calf), Malcolm Brogdon (Achilles) and Domantas Sabonis (ankle) for the second consecutive game. Sabonis leads the Pacers with 19.0 points per game, while Brogdon is second (18.5) and LeVert is third (18.4).

Elsewhere, the Milwaukee Bucks kept their win streak alive as Khris Middleton and Jrue Holiday combined for 60 points in a 133-127 victory over the Sacramento Kings.

Middleton shot 12-of-20 from the floor and finished with 34 points and Holiday made 10-of-20 and had 26 points as the Bucks won all three games of their latest homestand.

The Bucks played without all-star Giannis Antetokounmpo, who is sidelined with an injured knee.

The Bucks shot 50 percent (21-of-42) from three-point range after a dismal three-point shooting night in Friday’s win over Chicago.

Harrison Barnes paced the Kings with 29 points and six rebounds on 11-of-18 shooting.

Tyrese Haliburton had 24 points to go with six rebounds and 12 assists, and Terence Davis poured in 22 points in the loss.

De’Aaron Fox was a late scratch due to a left ankle injury.

Also, Darius Garland had 23 points and 11 assists to lead the host Cleveland Cavaliers to a 94-87 win over the Oklahoma City Thunder.

Rookie Evan Mobley added 15 points and a season-high 17 rebounds as Cleveland won for the sixth time in seven games.

The Thunder lost their 12th game in their last 14. 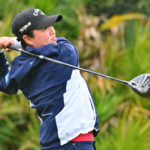