Undefeated Filipino boxer Mark Magsayo made his dream come true after overwhelming Gary Russell Jr. in their WBC featherweight title bout at the Borgata Hotel Casino & Spa, Atlantic City in New Jersey on Saturday, Jan. 22 (Sunday in Manila).
As soon as Magsayo was declared champion, talks of a possible rematch have already floated given that Russell apparently suffered a torn tendon in his right shoulder two weeks prior to the match.
And the new WBC featherweight title champion won’t back from any fight.
“It’s up to sir Sean Gibbons (MP Promotions president) and my promotions. It’s up to them,” said Magsayo, who remained undefeated in 24 matches on top of 16 knockouts. “But I’m willing to fight anybody now. I’m a champion now.”
While it is too early to discuss possible scenarios, veteran boxing scribe Dan Rafael said in a tweet that a mandatory fight doesn’t give a rematch clause for Russell.
Just like what Magsayo said, it will boil down to their respective promotions and the world-sanctioning body that is the WBC.
Asked if he would be up for a rematch, Russell answered with conviction, “Hell, yeah!”
“Will he (Magsayo) want a rematch? That’s the question. I’d rematch him,” said Russell, who suffered his second career loss with 31 wins and 18 KOs.
Meanwhile, Filipino boxing legend and only eight-division world champion Manny Pacquiao extended his congratulations to his protege Magsayo on social media.
“Congratulations, @markmagsayo_MMM, on your first world championship! Thank you for bringing honor to our country by becoming the latest Filipino world boxing champion. Welcome to the club,” wrote Pacquiao on Twitter. 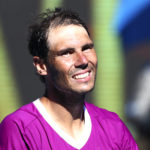