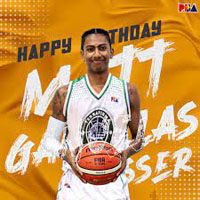 Matt Ganuelas-Rosser is heading back to the first PBA team he started playing with after signing with the TNT Tropang Giga as an unrestricted free agent.

The Tropang Giga announced his addition Friday, days after Ganuelas-Rosser declined an offer to remain with the Terrafirma Dyip. His contract with  Terrafirma expired last Dec. 31.

Reports said the 31-year-old Ganuelas-Rosser accepted a two-year deal to once again don the TNT colors.

“The marathon continues,” he tweeted the day after TNT announced the signing.

Ganuelas-Rosser is the third player to avail of the league’s new free agency ruling which allows those drafted starting in 2014 to entertain any offer by their seventh season in the league.

Rodney Brondial got the ball rolling when he left Alaska for San Miguel Beer earlier this month before Nards Pinto joined Barangay Ginebra instead of staying with previous team Meralco.

It will be a reunion between Ganuelas-Rosser and TNT, which acquired his services in a multi-player trade shortly after being selected fourth overall by NLEX in the 2014 draft.

He played two full seasons for TNT, winning a championship in the 2015 Commissioner’s Cup as a rookie, before he was shipped to San Miguel in 2017 for RR Garcia.

Ganuelas-Rosser will also reunite with coach Chot Reyes, who handled the then-amateur in 2012 when Gilas Pilipinas won the William Jones Cup in Taipei.

“He joined TNT kasi he wanted to play under Chot, who got him when he first came over to the Philippines to play for Gilas,” Ganuelas-Rosser’s agent Charlie Dy said during his appearance in the program Power and Play.

The scrappy forward has been doing solid for Terrafirma since being acquired as part of a trade that sent CJ Perez to San Miguel last year.

TNT’s signing of Ganuelas-Rosser came hours after getting Reymark Acuno from the free agent pool.

Acuno, a second round pick of Blackwater in last year’s draft, was supposed to join TNT in the Carl Bryan Cruz, only to be left off under a revised deal. 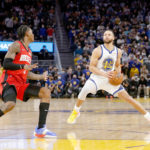 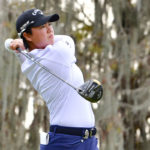