Undefeated Filipino boxer Mark Magsayo is very well aware of the threat that reigning WBC featherweight champion Gary Russell Jr. poses when they clash at the Borgata Hotel Casino & Spa, Atlantic City in New Jersey on Saturday  (Sunday Manila time).
“He’s a really good fighter. I’ve been wanting him to fight me since I was a kid. I was aiming for a world title shot and now this is an opportunity coming to me so I was excited when I became the mandatory [challenger] for Gary Russell,” said Magsayo during Premier Boxing Champions’ final press conference Thursday, Jan. 21 (Friday in Manila),
“No ring rust for him. He’s good,” added the WBO International featherweight champion.
Magsayo is out to showcase his lessons learned from his last fight against Mexican Julio Ceja, who he stunned in the tenth round of their WBC title eliminator bout in August en route to PBC’s Knockout of the Year.
Despite trailing in the judges’ scorecard, the Tagbilaran, Bohol native managed to adjust midfight and pulled off one of the coldest knockouts in boxing history.
“I can fight. I can adjust in the middle of the fight. I have the speed. You have speed? I have the speed [too] so let’s see this Saturday,” said the 26-year-old Magsayo, who improved to 23 wins on top of 16 knockouts.
“There’s a lot here [saying] I don’t have the skills like him (Russell). But Filipinos are Filipinos. We are born strong. We are warriors.”
Russell, for his part, has nothing but respect for the Filipino challenger and assured boxing fans that there will be no signs of ring rust.
The reigning WBC featherweight champion last saw action against Tugstsogt Nyambayar of Mongolia and scored a unanimous decision win in February 2020.
“To display my superiority in the ring, I believe in intellect over athleticism no matter what the situation is,” he said. “I take my hat off to Mark because he’s one of the guys who’s willing to step in the ring and willing to actually compete and put it on the line.
“He wants to become a champion. I know he’s gonna give his best… So I know Mark is gonna bring his physical best. I know he wants it. It’s a pleasure to be able to share the field of battle with you. We comin’,” added Russell, who has a 31-1 record with 18 KOs. 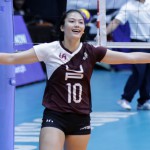 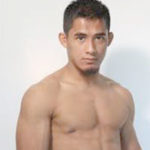