PBA Chairman Ricky Vargas and Commissioner Willie Marcial (seated 2nd and third from left) pose with the members of Board of Governors. (File)

The PBA has scheduled a board meeting next week to decide the fate of the season-ending Governors’ Cup which is currently on hold due to the ongoing surge of COVID-19 cases.

Commissioner Willie Marcial said the meeting which was called by league chairman Ricky Vargas will determine if or when the conference can resume after the Games and Amusements Board (GAB) endorsed the league’s plan of continuing home-venue-home setup.

Metro Manila and a number of provinces are under Alert Level 3, and the GAB had earlier said that only a full bubble setup is allowed under the said restrictions.

But the endorsement to the Inter-Agency Task Force has given the PBA some hope that the resumption is in the offing.

That possibility, however, will depend on the daily cases, which in the past few days registered record numbers that almost reached the 40,000 mark.

Things were looking good for the PBA last month when it was able to hold games back at the Smart Araneta Coliseum in front of fans under a limited capacity, the biggest being the Christmas Day doubleheader before a crowd of 4,843.

But the league suspended the conference last Jan. 3 after cases made a significant jump from 259 which was recorded before the end of 2021.

Infections that hit not only the teams but PBA staff also played a factor in the league to put the games on hold.

Practices were also reduced to workouts limited to seven individuals, though some teams have opted to put things on hold until cases go down.

Teams also continue to pay the salaries of their players and imports, who also had to deal with the wait-and-see situation. 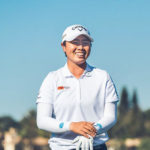