MELBOURNE (AFP) – Daniil Medvedev underlined his status as the man to beat in the absence of Novak Djokovic with a convincing first-round victory at the Australian Open on Tuesday.

Top-10 women’s seeds Garbine Muguruza, Iga Swiatek and Anett Kontaveit also all made comfortable starts to their Melbourne title charges, while former number one Simona Halep won despite struggling with her serve.

But there was defeat at the first hurdle for 19-year-old US Open runner-up Leylah Fernandez, the 23rd seed going down 6-4, 6-2 to Australian wildcard Maddison Inglis, to the delight of the home crowd.

After Sunday’s deportation of men’s defending champion and top seed Djokovic, the first Grand Slam of the year is now in full swing on day two and eager to move on from the visa saga.

Russia’s Medvedev, the second seed and favourite to lift his second major, made light work of 91st-ranked Henri Laaksonen on Rod Laver Arena, dismantling the Swiss 6-1, 6-4, 7-6 (7/3).

With Djokovic out of the picture and Roger Federer not in Melbourne because of injury, the draw has opened up for the 25-year-old Medvedev and Spanish great Rafael Nadal.

Nadal, who is chasing a men’s record 21st Slam title, set the tone on Monday with a straight-sets romp but Medvedev was no less emphatic in dismissing Laaksonen.

“I like to play here, I like hardcourts and I want to do better than I did last year,” said Medvedev, runner-up last year to Djokovic in Melbourne.

Medvedev, who conquered Djokovic in the US Open final in September to win his maiden Grand Slam crown, has cut a confident figure and said in the build-up that he feared nobody.

Another of the “Next Gen” young talents challenging the “Big Three” of Djokovic, Nadal and Federer is Greece’s Stefanos Tsitsipas.

The fourth seed, who has been recovering from elbow surgery, plays Mikael Ymer of Sweden later Tuesday.

The 34-year-old Scot, who has been runner-up in the Australian Open five times, is back in Melbourne on a wildcard for the first time since 2019.

There was disappointment for Casper Ruud of Norway, the eighth seed, who pulled out with an ankle injury before playing a shot.

She admitted she came into their encounter with no knowledge of Burel’s game.

“Well, it felt very good. I didn’t know really who I was facing. We’ve never played before,” said Muguruza, a previous Slam winner at Wimbledon and Roland Garros.

There was also little trouble for Kontaveit, despite some early nerves, and Swiatek, but Romania’s Halep was far from comfortable.

Halep laboured into round two 6-4, 6-3 after an error-strewn clash with Poland’s Magdalena Frech which saw 11 service breaks.

“I found it so difficult today, I was unsure if I could play good tennis,” said Halep, recently back from injury and chasing a third major crown.

“But in the end I won and that makes me very happy. Hopefully this week I can play better and better.”

The 19-year-old Raducanu is making her Australian Open debut and faces a tough test against American 2017 US Open champion Sloane Stephens.

So rapid has been the rise of Raducanu, who made history at the US Open as the first qualifier to win a Slam, that a year ago she was catching the Australian Open on television while studying for school exams. 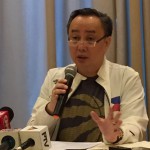