LOS ANGELES (AFP) – Devin Booker poured in a game-high 30 points before sitting out the final quarter as the NBA-leading Phoenix Suns routed the last place Detroit Pistons, 135-108, on Sunday.

Booker played 30 minutes, making 11 of 18 field goal attempts while teammates Cameron Payne and JaVale McGee each finished with 20 points in front of a crowd of 18,100 at Detroit’s Little Caesars Arena.

Booker invited 40-50 family and friends to the game on Sunday.

“Because of the pandemic, I didn’t get to have normal interaction with my family,” Booker said. “But at least I got to see them and I got to wave to a lot of friends.”

Landry Shamet added 11 points and Chris Paul chipped in 10 points with six rebounds and six assists for the Suns, who improved to 33-9 and have won six of their last seven contests. Mikal Bridges also scored 10 points in the win.

Pistons first overall draft pick Cade Cunningham was ejected after being slapped with two technicals during the third quarter.

The second was ruled “taunting” after he pointed at a Suns player after making a dunk. Cunningham finished with 21 points in 25 minutes of action.

Booker exploded for 21 points on nine-of-11 shooting in the first half as the Suns seized a 64-54 halftime lead.

He scored 15 points in the opening quarter before Phoenix blew the game open with a 10-4 run in the final three minutes of the second.

Meantime, Karl-Anthony Towns finished with 26 points and 11 rebounds to lead the Minnesota Timberwolves to a 119-99 victory over the Golden State Warriors, who were missing injured star Stephen Curry.

Jordan Poole scored 20 points and Jonathan Kuminga had 19 points for the Warriors, who finished a four-game road trip.

Not only were they missing Curry with an injured right hand, but they also played without Draymond Green.

In Denver, Donovan Mitchell scored 31 points, Rudy Gobert returned to the lineup with 18 points and 19 rebounds as the Utah Jazz  beat the Denver Nuggets 125-102.

Bojan Bogdanovic scored 21 points, Jordan Clarkson had 16, Royce O’Neale finished with 11 and Eric Paschall scored 10 for Utah, who won for the first time in five games.

Gobert missed the last five games because of Covid-19 measures.

“I felt pretty good. Every time you play in Denver you’re going to get tired at some point,” Gobert said. “I got tired in the first and third quarter but I felt great, better than I usually do in Denver. Just grateful to be back.”

In Sacramento, Christian Wood posted his 20th double-double of the season as the Houston Rockets beat the host Sacramento Kings 118-112. 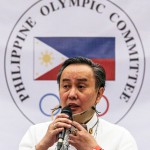