THE Philippine Olympic Committee (POC) thanked the Philippine Sports Commission (PSC) for approving the release of P3.3 million for the country’s campaign in the Beijing Winter Olympics.

Filipino-American alpine skier Asa Miller is the country’s lone representative to the Beijing Games set from February 4 to 20. But the Beijing organizers require a minimum six-member delegation that will accompany Miller who will compete in men’s slalom and giant slalom.

“The POC expresses its gratitude to PSC and Asics for their valuable support to our participation in the Winter Olympics,” Tolentino said.

“We are very grateful for the generous support of the POC and PSC inspite of this very difficult time,” Floro said. “It is our hope that our continuous participation in sporting events bring some hope and national pride to our countrymen.”

Floro will be flying to Beijing on January 27 while the rest of the delegation will follow on January 28. They are expected back on February 18.

The slalom races are set from February 13 to 16 at the Xiaohaituo Alpine Skiing Field in Yanqing, China. 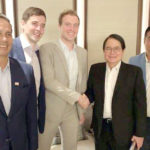 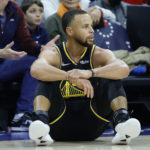