LOS ANGELES (AFP) – Pascal Siakam posted his second career triple-double with 30 points, 10 rebounds and 10 assists as the Toronto Raptors rallied from 15 points down to beat the NBA champion Milwaukee Bucks 103-96 on Saturday.

The Raptors continued their move up the Eastern Conference standings by winning their seventh game in the last 10 and their third straight against the Bucks this season.

OG Anunoby scored 30 points, Fred VanVleet added 17 points, Chris Boucher had 15, and Preston Achiuwa finished with 14 points and 10 rebounds for Toronto, who held the Bucks to a season low 33.8% shooting at Fiserv Forum.

Giannis Antetokounmpo, who didn’t play in the previous two games against the Raptors this season, led Milwaukee with 30 points while Grayson Allen had 18 points, and Khris Middleton added 16.

Antetokounmpo made all 17 of his free throws, but shot just six of 17 from the field.

The Raptors have now beaten the Bucks twice, knocked off the Jazz, and lost a hard-fought battle to the Suns all in the last two weeks.

Toronto was coming off back-to-back losses to Phoenix and Detroit, but before that they had won six straight.

In New York, the NBA’s leading scorer Kevin Durant missed the second half of the Brooklyn Nets’ 120-105 win over the New Orleans Pelicans after injuring his left knee.

Durant was hurt with 5:44 left in the second quarter when he collided with teammate Bruce Brown. Durant grimaced from the contact but stayed in the game for the next possession before calling a timeout and heading to the Nets’ dressing room.

Durant is expected to have an MRI on Sunday to determine the extent of the damage.

Before exiting, Durant scored 12 points in the first quarter to help the Nets compile a 32-22 lead.

Durant entered Saturday leading the league in scoring with 29.7 points per game. 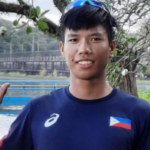