Vivamax, the no. 1 Filipino streaming platform today, continues to keep busy in 2022, aiming to release two originals per week.

Vivamax likewise features many classics not just from the Viva library but also from other production companies like Star Cinema, Regal Entertainment, 1017P, Reality, IdeaFirst, as with Brillante Mendoza’s Center Stage Productions.

Vivamax is committed to work with the country’s biggest stars and finest directors in 2022.

Viva is slated to produce at least 52 films/series in 2022 for a regular weekly release.

As of December, there are 15 finished films scheduled to be shown in Q1 and over 40 projects greenlit in various stages of production.

With the reopening of cinemas, at least eight films will see a theatrical release for a return to the classic viewing experience.

Viva stays true to its commitment of a P1 billion production budget per year despite the pandemic and will continue to support the industry workers in order to serve the Filipino audience.

Over 2 million Vivamax subscribers are treated to a wide array of content. And its subscriber base is steadily growing.

These can be purchased in-app via GCash and credit card. Subscribers may also purchase Vivamax vouchers from 7-11, Ministop, Shopee, Lazada, SM Retail, GCash, PayMaya and soon in your neighborhood sari-sari stores.

Meanwhile, Vivamax Plus, the newest transactional video on demand (TVOD)/pay /premium VOD service of Vivamax, was launched Oct. 15, last year. It allows early access to Vivamax’s vast new content to its growing audience. The pay service is already accessible here and will be available worldwide in January. 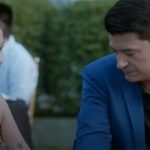 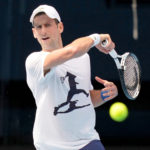