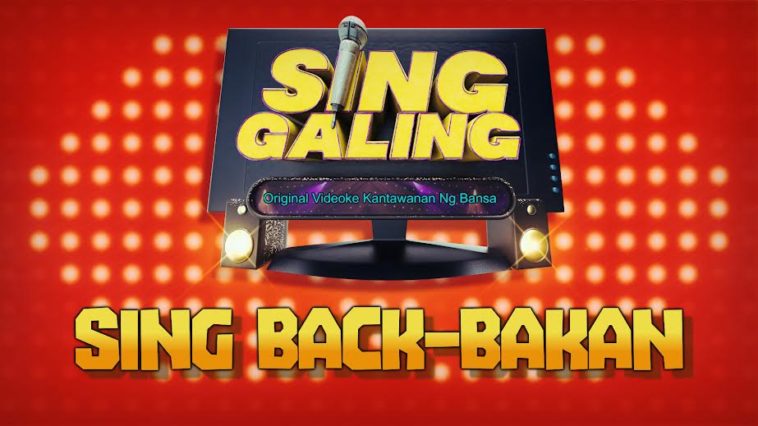 Recently debuted on Jan. 3, the new edition of the Original Videoke Kantawanan ng Bansa features familiar faces from previous episodes who have left unforgettable impressions among the ka-awitbahays.

Introduced as Team Balik, the most talked about and well-supported singtestants who were not able to join “Team Galing” last year but were able to leave a fond memory among the ka-awitbahays, are coming back for the title.

Each episode follows the accustomed 3-round format: Randomising: Pang-Sing- Galingan, Hula-Oke Jukebosses Edition, and the final round, Duel-Oke Face-Off Edition. Among four singtestants per level, one will be hailed as the Team Balik Bida-Oke Star of the Night who will immediately move forward to the next stage of “Sing Back-Bakan,” for an everyday nonstop Duelo-han.

All three finalists from Team Balik will advance to the semi-finals to compete with the current Team Galing members: Regielyn Fernandez of Baler, Jean Jordan of Taguig, Kim Macaraig and Kit Inciong of Batangas, Jamaica Lamit of Bicol, Mari Mar Tua of Pampanga, and Dennis Santos of Bulacan.

As 24 Team Balik singtestants who are “pang-sing-galingan sa videoke” from Mindanao, Visayas, and Luzon battle it out for a second chance to triumph not just in the hearts of the ka-awitbahays, but also in the Jukebosses’ scorecards, “Sing Galing Sing Back-Bakan” creates the perfect blend of igniting hope, having fun, getting back to action and fighting for a second chance at the start of the year.

“Sing Galing” airs Monday, Tuesday and Thursday at 6:30pm, only on TV5.