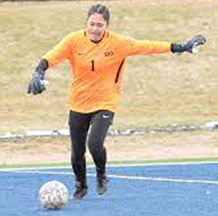 Katrina Guillou, Kiara Fontanilla, Dominique Randle and Isabella Flanigan were among those added to the 23-player lineup for the continental tournament which also serves as a qualifier for next year’s FIFA Women’s World Cup.

Guillou is the most prominent newcomer, currently playing as defender for Swedish side Pitea.

Japan-based players Sarina Bolden and Quinley Quezada and Eva Madarang will don the Philippine shirt for the first time since the 2019 Southeast Asian Games while Morgan Brown is back after she last saw action in the 2018 Asian Cup.

The majority of the players will come from the core of the team that won all two matches in last year’s Asian Cup Qualifiers in Tashkent, Uzbekistan.

Chandler McDaniel, Camille Rodriguez, Inna Palacios, Tahnai Annis are among those who performed well during the Philippines’ victories over Nepal and Hong Kong.

Other players from that campaign who will join the team in India are Olivia McDaniel, Tara Shelton, Hali Long, Kristen Bugay, Sofia Harrison, Malea Cesar, Jessica Miclat and Anicka and Sara Castaneda.

Rounding out the list are Keanne Alamo and Carleigh Frilles, who played for the Philippines in youth competitions.

New coach Alen Stajcic’s side is aiming to reach past the group stage in order to boost its chances of reaching the World Cup.

But the Philippines faces a tall order in Group B where it will face Australia, Thailand and Indonesia.

The Pinay booters open their Asian Cup stint against Thailand on Jan. 21 before taking on Australia three days later, both in Mumbai.

Their last group stage match is on Jan. 27 opposite Indonesia in Pune. 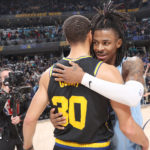