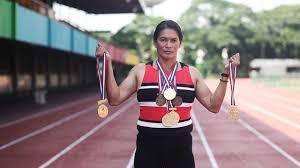 National athletics oach Jojo Posadas and wife Elma Muros called on embattled EJ Obiena to remain humble and admit his shortcomings amid the ongoing rift between the elite pole vaulter and the Philippine Athletics Track and Field Association.

“Bilang isang atleta, dapat magpakumbaba, sumunod ka sa patakaran ng PATAFA. Kung ano ang rules and regulations (As an athlete, you must follow the rules and regulations of PATAFA and remain humble),” said Muros in an interview with ANC’s Headstart Friday, Jan. 7. “May responsibilidad kami bilang isang atleta at sa bayan suklian namin ‘yong people’s money sa papamagitan ng aming talento (We have the responsibility to give back the people’s money with our talent).”

An emotional Muros added that Obiena is “lucky enough” to receive support and funding compared to their generation.

But it would be recalled that Obiena wasn’t the first athlete to be surrounded with such concerns as fellow Tokyo Olympians Hidilyn Diaz, Eumir Felix Marcial, and Irish Magno also aired their sentiments coming mostly from training funds, among others.

Posadas, for his part, said Obiena must own up to his shortcomings as far as the late fees to Ukrainian coach Vitaly Petrov are concerned.

It would be recalled that the No. 6 world ranked pole vaulter already disclosed that there were some delays in the payment but all fees were settled to which Petrov acknowledged.

“Aminin ni EJ ang pagkagkukulang niya rin para maging maayos talaga ‘yong PATAFA and EJ. Then andyan ang PSC (Philippine Sports Commission) and the POC (Philippine Olympic Committee) to mediate pero kailangan you have to accept, aminin mo ang pagkukulang at pagkakamali mo (EJ should admit his shortcomings for this to be settled. The PSC and the POC should also act as mediators but EJ must accept first his shortcomings and wrongdoings),” said the national coach.

In a separate interview, Obiena said he has never been disrespectful with his actions and all he did was to defend himself from any allegations.

Obiena, 26, explained that “speaking out for yourself might seem arrogant but it doesn’t necessarily mean you’re arrogant.”

“You saying ‘With all due respect,’ ‘I would like for you to hear my piece,’ I don’t see it as being arrogant. And saying my piece and defending myself, I believe, that’s neven an arrogant thing,” added the 2019 Southeast Asian games gold medalist.

“What an arrogant thing to do is when you’re not on the right, you did something wrong, you take your pride and ego out of proportion and to continue to back it out with ‘I have the authority to do this.’ I don’t thing I’ve done that. I’ve always been respectful.” (Carlo Anolin) #### 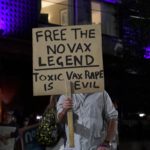 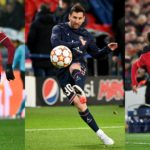