Fil-American skier Asa Miller is confident he can perform better the second time around when he competes in the 2022 Winter Olympics in Beijing, China next month.

The 21-year-old Oregon native said he has learned a lot since his debut appearance during the 2018 edition in Pyeongchang, South Korea where he finished 70th out of 110 participants in the men’s giant slalom event.

“I’m pretty confident that I can place better. Though I have no particular goal for placing at the moment, I’m just excited to show what I have to offer,” Miller said in a taped interview for Noli Eala’s Power and Play program aired last Saturday.

“I learned how to handle my stress and use my techniques to my advantage where I can trust myself when and where to take risks during the competition, so it’s something that I’m really excited about.”

Miller is the country’s lone participant in the Winter Olympics where he qualified in the giant slalom and slalom events.

Currently in Salt Lake City, Utah, he said he is looking forward to upcoming tournaments to bolster his Olympic campaign set Feb. 4 to 20.

“It means the world to be able to qualify again for the Winter Olympics,” said Miller, whose mother hails from Sta. Cruz, Manila.

“I’ve been waiting for this to come back again with more experience, more wisdom and better technique, and I’m really looking forward to representing the Philippines better than the first time.” 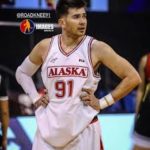 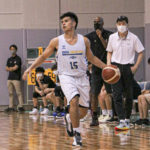